A retired editor has made front page news once again – with a piece of artwork he painted.

John Marquis, 74, turned to art after two life-threatening operations five years ago and one of his paintings has now appeared on the front of The Magazine, which circulates on the south Cornwall coast.

The piece, called The Falmouth Fishmonger, has been used to launch a feature on local painters while John’s work also appears inside the magazine.

John previously edited the Falmouth Packet and was chief boxing writer and London sports editor of the Thomson newspaper group during the 1970s and early 1980s. 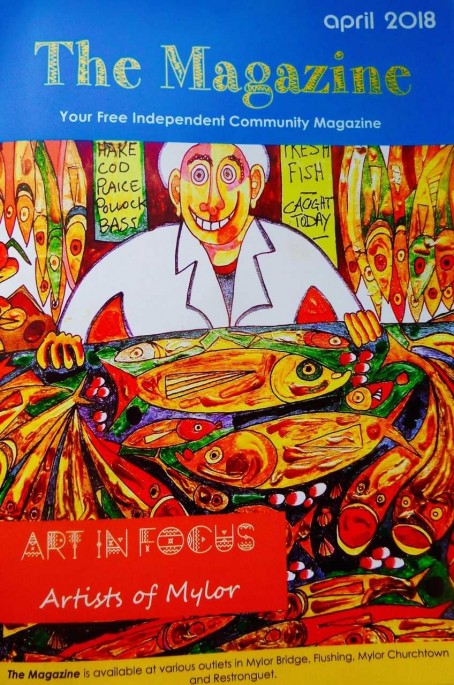 He moved to the Bahamas as managing editor of The Tribune, the country’s leading daily, in 1999 until his retirement in 2009, when he returned to Cornwall to write books and a weekly column for The Tribune.

At school, John was told he should become a commercial artist, but his ambition was to be a journalist.

He said: “After such a close brush with death – pardon the pun – I thought I should get my own brushes out and start painting, just to see if I still had talent.

“I’m not really an artist, but I like doodling and daubing.

“However, some people like my work enough to buy it, so I exhibit at our village arts week and summer street markets. It’s one of the most satisfying things I’ve ever done.”

John is also an author and will feature in a TV documentary later this year about the 1943 murder of Sir Harry Oakes, the British Empire’s richest man.

His book about the case, Blood and Fire, was published to critical acclaim in 2005 and was listed by the Wall Street Journal in the top five books in its genre.