A former deputy editor has written his memoirs detailing life in the regional press over the course of nearly five decades.

Elwyn Edwards has publisher ‘Khaki and Commas’, which tells of his time at the Rhyl Journal, as well as two years he spent completing National Service.

Elwyn, who started his career at the North Wales Pioneer in 1955, retired from the Journal in 2003.

He has dedicated the book in memory of his friend, retired Journal photographer Terry Williams, who died at the end of last month. 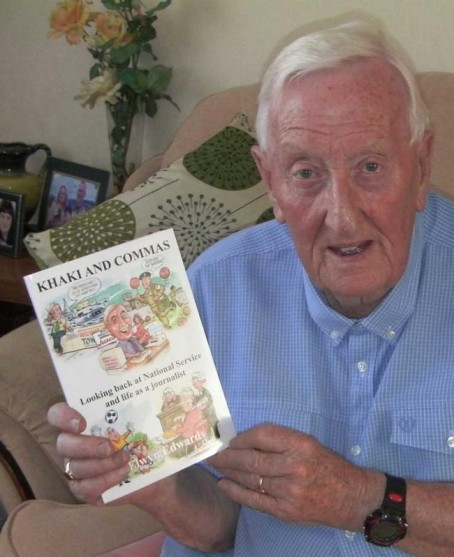 Elwyn, pictured, told the Journal: “I’ve obviously never written anything like this before. Mine were always short stories . When I came out of the Army, I wrote a few of the stories then in rough form, but wasn’t until later on in life I looked at them again and decided to grab the bull by the horns and put them in a collection.

“I had submitted a few from my National Service days to the North Wales News colour magazine that went down well, so after that I decided to take a really good look at it and think this made a nice little paperback.”

Of his National Service days, he added: “For many it was a complete and utter waste of time, but for others it offered the opportunity to shed the shackles of mundane lives.

“Any former National Serviceman or regular will identify such moments and, without doubt, raise a smile.”

All profits will go to Rhyl’s Poppy Appeal.