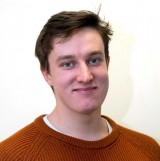 A junior reporter overturned a court order allowing him to break an exclusive story about “the world’s number one Michael Jackson impersonator” appearing in court on child abuse charges.

Yellow Advertiser journalist Lewis Berrill, left, challenged a judge after defence counsel successfully applied for reporting restrictions to be made in the case of Jackson tribute act Adrian Parasram, aka ‘Navi’.

Parasram and four co-defendants are charged with child cruelty against two boys and one – not Navi – is also charged with indecently assaulting two boys.

Lewis, 24, had been unsuccessful in challenging the restrictions in the first instance, but later won the presiding judge over after making representations in Crown Court earlier this week.

The resulting story has gone on to become the Basildon-based Advertiser’s most viewed story online this week – attracting readers from all over the world.

Although Parasram always performs under the name Navi and never publicly confirms his real name, the YA conducted checks via Companies House before attending court to verify Navi and Parasram were the same person.

The defendants spotted Lewis and freelance photographer Martin Dalton outside an initial hearing, held at Barkingside Magistrates’ Court on 10 May, and immediately sought reporting restrictions on the case under Section 11 of the Contempt of Court Act, and under Sections 45A and 46 of the Youth Justice and Criminal Evidence Act 1999.

Telling magistrates they were filing an immediate request for an injunction from the High Court on “human rights” grounds, the defence asked for a temporary gagging order to allow time for the High Court to make its decision.

Lewis and another reporter fought the order, but lost, with magistrates saying they were granting the order in deference to the higher court, rather than on merit.

Lewis later found out the defendants had, as soon as a 30-day temporary order was imposed, withdrawn the application for an injunction.

The defence sought a second gagging order in a hearing at Snaresbrook Crown Court on Monday, at which the defendants pleaded not guilty, this time claiming that publicity around the case might dissuade witnesses from giving evidence.

Lewis was the only member of the press present to challenge the application, and took the witness stand to address Judge Patricia Lees directly.

With the aid of a letter in support of his challenge written by Advertiser editor Mick Ferris, and the backing of the Crown Proesecution Service, Lewis argued that the defendants’ previous requests had proved vexatious and said they had not demonstrated any exceptional circumstances which would justify a gagging order.

Judge Lees placed a temporary gag order on the case, but ruled on Wednesday afternoon that the defendants had not demonstrated grounds for a reporting restriction.

She thanked Lewis for making representations, and the YA broke the story – which has since been read by people from as far afield as the Czech Republic, Barbados, Kuwait, Finland, Italy, Sweden, Norway, Slovakia, USA, Australia, Greece, Turkey, India and Kenya.

The defendants will stand trial in January.