A regional publisher’s headquarters could be demolished and the site used for apartments and office space if a proposal is backed by planning chiefs.

A blueprint for the possible redevelopment of Archant’s Prospect House HQ, in Norwich, will be examined by Norwich City Council’s planning committee following a public consultation which ended on Friday.

Archant revealed last year it was planning to sell Prospect House, which is the home of the Eastern Daily Press and Norwich Evening News, with the intention of relocating to a new base in Norwich city centre.

A development brief document outlining the plans will now be submitted to the committee and, if approved, will be used to guide any planning applications lodged for the site. 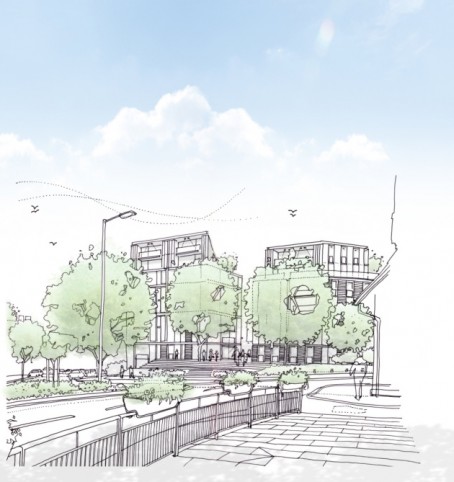 The planning document envisages that Prospect House, which was opened in 1970, will be demolished under any plans.

In an update to shareholders, which has been seen by HTFP, Archant chairman Simon Bax said the company did not intend to develop the site itself and will be looking to sell in 2019.

In the update, Simon also told shareholders the company remains “on track with our plans, despite some testing market forces” and added its digital operation had been a “success story”.

He said: “With almost three-quarters of our views now on mobile devices, digital audiences have increased year on year by 3pc which was made up of 9pc growth in the first quarter and a 6pc fall in the second quarter following a change in a Facebook algorithm which reduced the priority it gives to news stories, meaning fewer click-throughs coming from that source.

“It is also worth noting in passing the Regional Press Awards gave their Digital Initiative of the Year prize and The Overall Digital Award to the EDP – further third-party affirmation of our progress.”

Quoting a staff survey produced in March which showed 91pc of Archant’s workforce “were prepared to go the extra mile for the company” and 85pc “said they enjoyed coming to work”, Simon added a small pay rise had been implemented in order to address concerns addressed around pay and reward.

He concluded: “The outlook for the rest of the year looks challenging, but with targets that are achievable. We have some cost increases to come in the second half of the year, particularly with newsprint, our second largest cost, where we are facing a perfect storm of restricted supply and adverse currency exchange rates causing prices to rise.

“We are doing what we can to mitigate this, recognising it will directly affect profits, and we remain positive. We are still in the early stages of our strategy and optimistic on progress, but we do not consider it appropriate at this time to declare an interim dividend.”