Two weekly newspapers have rebranded and relaunched with increased pagination to bring them into line with a third sister title.

The move, which also involves the papers’ pagination being increased to 48, sees them become closer aligned with fellow Newsquest weekly the Richmond & Twickenham Times.

The move represents a partial revival of the historic name of the Putney & Wimbledon Times, a separate title which was purchased by Newsquest from Dimbleby Newspapers in 2001. 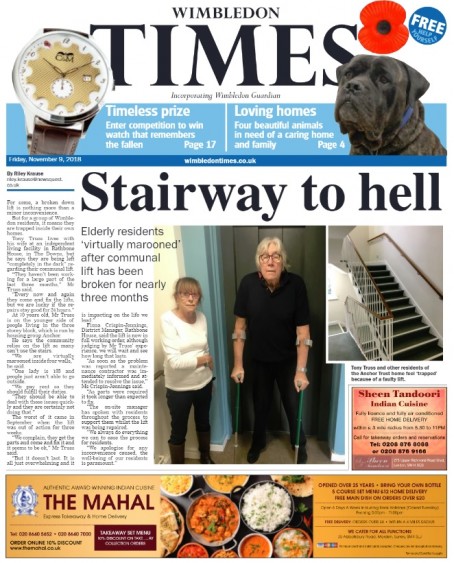 Tony Portelli, managing director of Newsquest South London and Sussex, told HTFP: “We are very pleased with our bigger and brighter relaunch of the Times series.

“The titles have not merged as we have returned the brand to Wimbledon and introduced it into Wandsworth – and there have been no staff changes as a result.

“The titles have increased in pagination to 48 with a much higher story count and we’re delighted the new look has already gone down well with readers and advertisers who are now receiving substantially better newspapers.

“All titles are supported by websites www.richmondandtwickenhamtimes.co.uk, www.wandsworthtimes.co.uk and www.wimbledontimes.co.uk ensuring that we serve our audiences with up to date relevant local stories as they unfold.”

In Septmember Newsquest closed the Epsom Guardian, also part of its South London series, and replaced it with a new Epsom edition of the Surrey Comet.

Another new edition of the Comet, serving the Kingston upon Thames area, was also launched. Croydon and Sutton editions of the Guardian continue to be published.