A weekly newspaper is set to launch two new editions in a move which will also see its sister title cease publication.

Newsquest has announced the closure of the Epsom Guardian, with its final edition being published yesterday.

An Epsom edition of the Surrey Comet will launch in its place on Thursday, alongside another new edition of the Comet serving the Kingston upon Thames area.

The Guardian had previously been part of the South London Guardian series, which still publishes editions serving Croydon, Sutton, Wandsworth and Wimbledon. 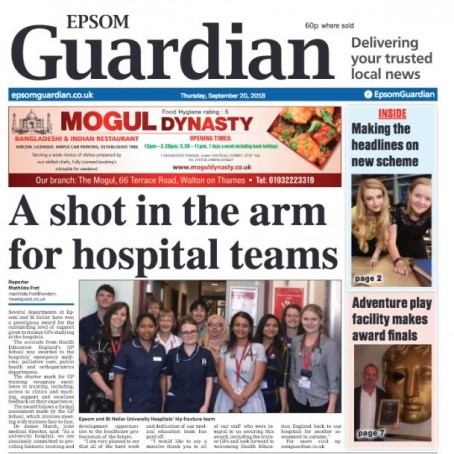 A Kingston edition of the Guardian was also previously published by Newsquest, but closed in 2016.

A Newsquest spokesman said: “We are pleased to announce that we are relaunching the Epsom Guardian as the Epsom Comet on 27 September.

“The change is to align the title with the historic Surrey Comet which first published in 1854.

“The Comet series will also see a new edition for the Kingston area and we are very excited to be adding these publications to our portfolio.”