A set of awards celebrating a county’s best journalism has itself been nominated for a prize designed to recognise awards schemes.

The Kent Press & Broadcast Awards has been shortlisted in the ‘Best New Awards Event’ category at awards industry event the Awards Awards.

Judges are looking for innovation, expertise and success in all areas for events launched since 2012.

KPBA were launched by PR agency Maxim in 2015, and have been held annually ever since. 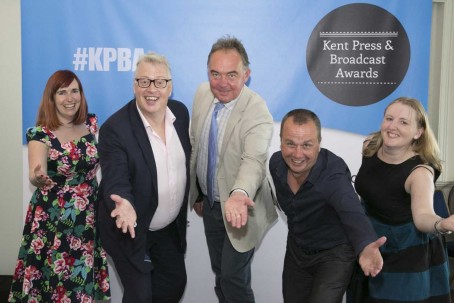 Rachel Knight, account director at Maxim, said: “We work really hard to make KPBA a success for everyone involved so we are delighted to be recognised by the industry.

“We were able to supply a huge amount of positive feedback from entrants, sponsors and judges as part of our entry so we are very grateful to everyone who has ever taken the time to tell us what KPBA means to them.”

She added: “Entries are now open for KPBA, the judges are preparing themselves and we at Maxim are putting our event management skills to the test.

“Running the scheme is a year-round job but we couldn’t do it without the support of the sponsors, the help of our eight independent judges and, of course, everyone who takes the time to enter. There are still a couple of sponsorship opportunities available so do get in touch if you’d like to support our local media.”

The Awards Awards winners will be announced during a ceremony at the Waldorf Hilton, in London, on 27 April.