A regional daily has been recognised for its support of a children’s hospital on its patch.

The Oxford Mail received a prize at the Local Business Charity Awards in recognition of its charitable support of Oxford Children’s Hospital.

The Mail was applauded for its its long association with the hospital, and specifically raising more than £1m through its annual OX5 Run at Blenheim Palace since 2003.

The newspaper’s work has funded vital equipment, play areas and toys to make children as comfortable as possible during their stay. 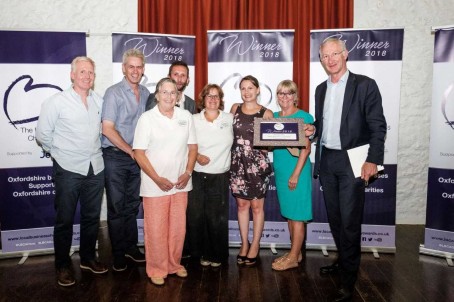 Sarah Vaccari, from Oxford Hospitals Charity which nominated the Mail for the award, said: “It is not an exaggeration to say this event has helped us transform care and save lives. In the early days money raised went towards our £15, appeal to build the hospital, which opened in 2007.

“Since then it has funded so many things, including equipment to cool babies who have a lack of oxygen at birth to actually prevent brain damage.

“It has also funded tailored space for teens with cancer; a pain relief nurse; parent rooms and games and sensory equipment to make hospital as fun as possible for our youngest patients.”

“It is safe to say the partnership we have with the Oxford Mail is one-of-a-kind. We are so grateful for all they do and think they are incredibly deserving of this award.”