Six regional newspapers are set to switch to tabloid because their current broadsheet format is “unpopular” with readers.

Scottish Provincial Press has confirmed the switch, which will take place at the Inverness Courier, Northern Scot and Ross-shire Journal next week.

SPP’s other broadsheets – the Northern Times, Caithness Courier and John O’Groat Journal – will also convert at the beginning of May, while the publisher’s existing tabloids will also switch to a new design. 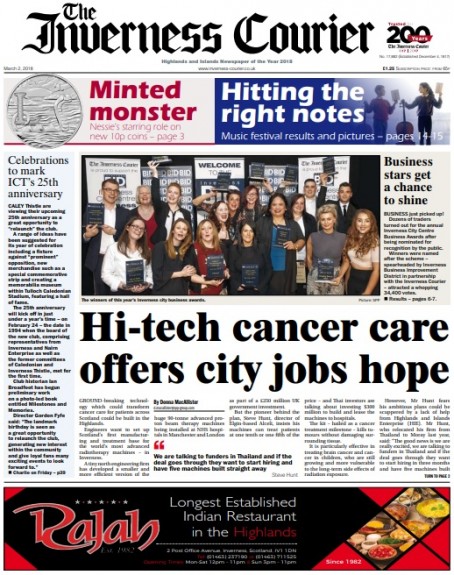 A dummy of the new Inverness Courier design

SPP editorial director David Bourn told HTFP: “Because of press constraints, the Courier and the rest of the broadsheets have had to be published in two different sections which we know has been unpopular with readers.

“Feedback from readers has also shown that they want their papers to be more reader-friendly tabloids so that is what we are giving them.

“For the bi-weekly Courier, it seems apt that this change is taking place as the paper celebrates its 200th anniversary.

“And although the paper will be smaller in size, we can promise a lot more news, views, sorts and features than ever before.”

The Courier will also feature a new lifestyle magazine called Seven Days in its Friday edition.

It will include entertainments news and listings, columnists, puzzles, food and drink, homes and gardens, property, travel and the Courier’s Active Outdoors section.

The stitched and trimmed supplement will be printed on enhanced newsprint and will also be inserted in the Northern Scot, Northern Times, Ross-shire Journal, John O’Groat Journal and the Strathspey and Badenoch Herald.

David added: “It’s an exciting time and it’s been a real challenge but we think we have managed to keep the essence of these wonderful newspapers while presenting them in a vibrant new format which will please existing readers, tempt lapsed readers back into the fold and, hopefully, attract some new ones.” 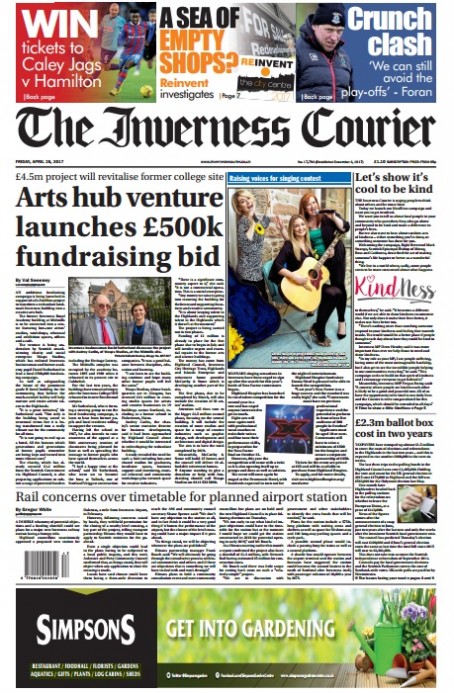