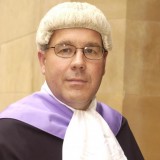 A police force apologised in court after a breach of reporting restrictions by its press office was raised by a regional daily.

Thames Valley Police said sorry at Oxford Crown Court after the breach, which occurred when it shared the verdicts of a child sex exploitation trial on Facebook.

Media outlets were able to report on proceedings, but had been ordered not to share information about the trial on social media under Section 45(4) of the Senior Courts Act 1981.

The Oxford Mail, whose court reporter Will Walker sat through the five-month trial, stuck to the restrictions despite TVP’s decision to share a press release about the case on Friday evening.

As a result, national media outlets also shared stories relating to the case on social media channels despite the order remaining in place.

HTFP understands the Mail received several calls from readers demanding to know why the newspaper was not reporting the story on Facebook or allowing comments, which was another aspect of the order.

The issue was raised by the Mail in court on Tuesday morning with Judge Peter Ross, who presided over the trial, demanding an explanation.

A representative for the Crown Prosecution Service told the judge there was a “degree of confusion in the aftermath of the convictions” about what could not be reported.

He added: “As far as the Section 45 order [which limited Facebook] is concerned, Thames Valley Police say ‘we are extremely sorry’ and recognise there was an order in place prohibiting social media commentary.

“It’s regrettable and the Oxford Mail was absolutely right to bring it to your attention.”

The CPS representative added police “regret” any impact it had on readers who felt the Oxford Mail was not reporting the case fully.

Judge Ross, pictured, who has now lifted the order, said: “The Oxford Mail should be entitled to report the fact they were complying with the order of the court, and the circumstances under which the order was lifted. The stable door has been opened and cannot be bolted at this stage.”

He added “no harm” had been done by the breach.