A former ITV news chief has been appointed as a director of a television channel jointly run by an independent publisher.

KMTV has announced the appointment of Robin Britton, the former head of ITV news for the south of England.

Robin, pictured, will serve as channel director of the station, a venture jointly run by the KM Group and the University of Kent. 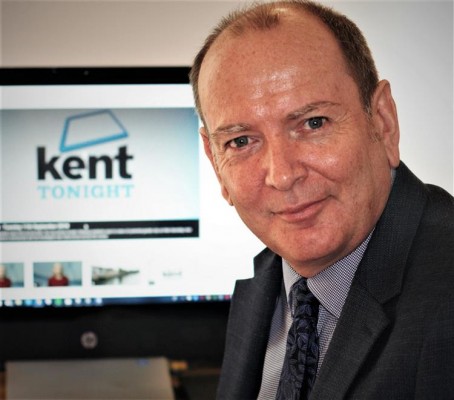 Said Robin: “KMTV is part of one of the most joined-up news organisations in the UK. KMTV journalists work alongside colleagues from kmfm, Kent Online and the KM Group’s extensive stable of newspapers.

“This, combined with the access we have to the expertise on so many subject areas at the University of Kent, means it’s a formidable newsgathering operation.”

Robin studied at the University of Kent where he was President of Kent Union and edited the student newspaper before joining ITV.

He started his career in 1984 as a trainee journalist for TVS, the South and South East’s ITV channel before Meridian took over in 1993.

After working as a reporter, news editor and programme editor at TVS, he joined ITV Meridian and in 2011 took overall charge of the three ITV Meridian regions as head of news.

KM Group editorial director Ian Carter said: “KMTV has got off to a fantastic start, and attracting a channel director of Robin’s experience will mean we can go from strength to strength.”