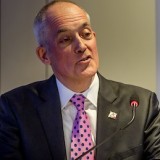 A news website has won a seven-month battle to make a government chief’s contract terms public after a claim that publishing the details could “distress” him was overruled.

Jersey Information Commissioner Jay Fedorak has ruled in favour of the Bailiwick Express after the States of Jersey attempted to block the site from accessing the details of its chief executive Charlie Parker’s contract.

The States had denied an initial request, made by the Express on 30 April, on the grounds that the employment terms of Mr Parker’s £250,000 contract was classed as “personal information”.

However, Mr Fedorak backed the Express in a ruling issued after what he described as “the most important case” to have ever come before his office.

In his judgement, which was handed down to Express and the States last week, Mr Fedorak concluded that it was “in the public interest” for the information to be published.

In making its bid to keep the contract’s terms secret, the authority claimed it would cause “unnecessary damage or distress” to both Mr Parker, pictured, and “States employees in general”, adding there was a fear of “distress due to media coverage and negative public image” and “high potential for harassment of the CEO in a small public sphere”.

According to a report on the ruling by the Express, the States then went on to warn that the releasing Mr Parker’s contract may even lead him to leave his position “and hamper any future efforts to replace him.”

The Express had maintained throughout that it was not concerned with Mr Parker’s personal data such as his address, social security number or any details relating to his family, and would be satisfied if such details were redacted from the document.

However, States officials said that even releasing the document in redacted form would be “unsatisfactory” because it could lead to speculation about the details that had been removed.

But Mr Fedorak said that not releasing the contract at all led to public speculation, adding he had seen “no evidence” to back up any of the authority’s claims and that he could not understand how making Mr Parker’s information public would “expose him to harassment.”

He ruled that Mr Parker’s address and two other paragraphs of a “private” nature should be redacted, but that the document should otherwise be released in its entirety.

Express Editor James Filleul said: “Mr Parker is at the helm of the biggest change program that the public sector has seen in a generation, making decisions every day which directly affect more than 6,500 employees, and touch the lives of every single person who lives in Jersey.

“On that basis we believed that to prevent any public scrutiny of important contractual terms like perks or severance arrangements was deeply wrong in principle, particularly when you consider that similar terms like salary, and the right to housing qualifications, were already in the public domain, the latter provoking discussion in the States.

“We’re pleased that the Information Commissioner has underlined the real importance of this case, and clarified what should, and shouldn’t be withheld by government ‘in the public interest’ – it’s been a long battle, which we hope will be concluded once we see what has actually been redacted when the contract is finally published.”

The States must now disclose a redacted copy of Mr Parker’s contract by 19 December.

A spokesman for thae authority said: “We note the finding that the States of Jersey correctly applied an exemption to the release of personal information in the chief executive’s contract, and the finding that a redacted contract should nevertheless be released.

“We acknowledge the Information Commissioner’s comments that the issue was ‘finely balanced’ and that the States of Jersey ‘erred on the side of caution.'”

In his ruling, Mr Fedorak had criticised the fact it had taken the States 75 days to respond to the initial request.