National newspapers need to model themselves on local and regional titles in order to address the issue of public trust according to a leading Labour politician.

Greater Manchester Mayor Andy Burnham was taking part in a panel discussion on trust in the media at yesterday’s Society of Editors Conference, focusing particularly on the behaviour of the press in the aftermath of the Manchester Arena attack in May 2017.

A report by former civil service chief Sir Bob Kerslake was highly critical of the level of intrusion from some media in the wake of the bombing, while also highlighting the “sympathetic reporting” of the Manchester Evening News and other regional titles.

Speaking at the conference in Greater Manchester yesterday, Mr Burnham again praised the MEN for its coverage of the incident and urged national newspapers to follow the example of their regional counterparts. 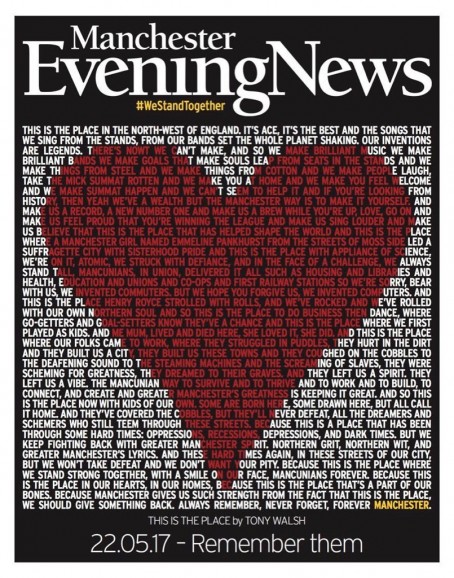 “The national media needs to go back to what’s valuable at local and regional level as well as being less London-centric,” he told the conference.

“I feel quite passionately that [the national media] needs to rebuild from the bottom up. It’s about responsibility to communities as embodied by the local media.”

Greater Manchester police Chief Constable Ian Hopkins added: “Some of what the media did was fantastic, particularly the MEN.”

But he went on to list a series of misdemeanours committed by journalists in the wake of the bombing, including door-stepping grieving relatives at the airport and offering hospital staff money for information.

MEN editor Darren Thwaites, who was also taking part in the discussion, admitted that the Kerslake report “wasn’t brilliant for the media as a whole.”

But he said he was “absolutely satisfied” that the decisions made by the MEN had been based on a “strong ethical code.”

“Social media is changing us for the worse, it is polarising society, dividing society….We have all got to step back, focus on unifying people rather than playing to our divisions,” he said.

“Young people’s mental health is a major issue for our times and a lot of that is linked to social media.”

“The time has come for a much stronger code that applies across the board.  We have held back from some of these big organisations and we shouldn’t.”