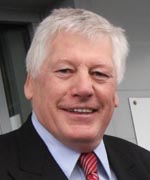 A newspaper chief who was managing director of a regional publishing group up until last year has died aged 71.

Tributes have been paid to David Faulkner, who stepped down from his role as MD at NWN Media in November 2017 after 50 years in regional publishing.

During his career, David also spent several years as MD of the Chester Chronicle group of titles owned by Trinity Mirror.

He initially entered the industry as a management trainee for the Thomson Newspapers group, then the largest publisher of regional newspapers in the country.

As well as in Chester, he also worked for Trinity Mirror in the Midlands before returning to become NWN MD in 2008.

David initially intended to retire in 2012, but instead stayed on after an abortive attempt by the then NWN board to sell a controlling stake in the business to Sir Ray Tindle was blocked by a High Court ruling. His eventual departure came after the company was sold to Newsquest last year.

His son Paul Faulkner said: “The family have been extremely touched by the many tributes and messages of support we have received in the past 24 hours.

“David truly was a larger than life character, who built up so many friends and contacts across the country from his distinguished 50 year career in regional papers.

“This started in Slough and took in spells in Reading, Stockport, Darlington, Norfolk, South Wales, the Midlands and of course Cheshire and North Wales, where he spent most of the latter parts of his career, raised his family and considered home.

“He always lived life to the full, whether it be his passion for working in newspapers, on the rugby pitch, the golf course, socialising with friends or spending time with his family and especially his three young grandchildren. He was the very, very best, and for us he is simply irreplaceable.”

Described as a “prominent figure in Chester”, David was also president of Chester Business Club.

Club secretary Bob Clough-Parker said: “He was an inspiring, charismatic character with a gift for leadership who did so much for not only the Club but for the local business community as a whole.

“Not least, he demonstrated great loyalty and was blessed with a knack of making friends, having fun and not taking himself too seriously. He will be sorely missed by all who knew him.”

Details of a memorial service will be announced in due course, and anyone wanting details or to share memories can reach out to David’s family at paulfaulkner78@gmail.com