Ten journalists who lost their jobs after a regional daily went into administration have won a collective payout worth up to £39,000 following an employment tribunal.

The National Union of Journalists has won a claim for members who lost their jobs when the Oldham Evening Chronicle, owned by Hirst, Kidd & Rennie, went bust in September last year with 49 people made redundant.

The Chronicle relaunched earlier this month as a digital-only brand after being purchased from administrator KPMG by Credible Media, owner of radio station Revolution 96.2, for what the NUJ claims was a fee of £8,000.

Judge Batten awarded 90 days’ pay to the journalists represented by the union following a hearing at Manchester Employment Tribunal today. 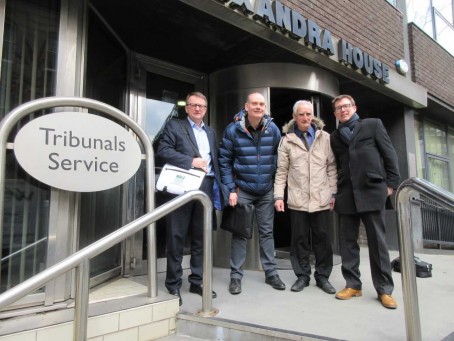 The NUJ had submitted the claim on behalf of 10 members, and they will now get payment from the government’s Redundancy Payments Office for eight weeks’ pay, collectively worth up to £39,000, depending on earnings.

The union says the remainder of the judgment will now form individual claims as unsecured creditors to KPMG and believes this could yield another five weeks’ pay, but would have to come from money raised by the sale of the company’s assets.

Chris Morley, NUJ Northern & Midlands senior organiser, said: “The demise of the daily printed Oldham Evening Chronicle was a sad day in the illustrious history of Britain’s local press and the sudden crash was a bitter pill for staff to take.

“They had done everything asked of them to try to keep the Chronicle afloat – including taking substantial pay cuts in the years leading up to the collapse.

“Today’s judgment is a small but valuable gesture for the trauma of having their livelihoods snatched away without any warning and then having to try to rebuild their lives as best they could in the aftermath.

“I’m pleased that the union, with its solicitor Thompsons, has been able to assist its members to secure this money. It shows how the union is there for its members as a constant source of support when ill fate strikes.”

According to the union, KPMG has indicated that even allowing for the sale of assets there will be very little left once it has taken its fee of £240,000 for the administration and liquidation of the business.