A hyperlocal news website founded by a former weekly newspaper editor has scooped a top prize at a county’s press awards.

The Isle of Thanet News, owned and run by ex-Thanet Gazette editor Kathy Bailes, was named News Website of the Year at the annual Kent Press & Broadcast Awards.

Prizes were presented across 15 categories at the awards, which are organised by PR company Maxim and were held on Friday.

It was a record-breaking year for the awards, which received 148 entries in total, with the Kent Messenger taking the Newspaper of the Year crown. 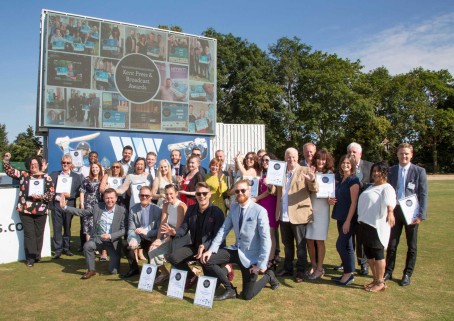 The winners of the 2018 Kent Press & Broadcast Awards

Of her victory, Kathy said: “I am delighted to win this award and want to thank the readers, columnists, contributors and advertisers who all make the website possible.

“My thanks also to Maxim, the judges and LKM Recycling who sponsored this award category. It is great that this shows a hyperlocal can serve its community well.

“I was also delighted that new hyperlocal the Canterbury Journal was shortlisted in the category.”

Rachel Knight, from Maxim, said: “Working in local media can be a challenging and often thankless task, which is why we feel it is so important to recognise the efforts of our county’s journalists.

“This year was our most popular ever with 148 entries, which we believe shows that the media finds these awards as important as we do.

“Those entries came in as audio, film, print and online examples, which really shows how diverse the reporter’s role has become – as was shown by the variety of winners on the day.”