Journalist wins civic honour for services to sport on patch

A regional daily journalist has won a civic honour for services to sport on his newspaper’s patch.

Phil Jones, a freelance football reporter for North Wales daily The Leader, has been recognised by Wrexham Council on account of more than 35 years’ involvement in grass roots sport in the area.

He received his Services to Sport prize. at the 2018 Wrexham Council Sports Awards. 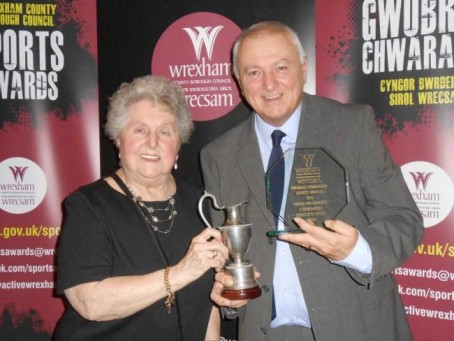 Said Viv: “His forte clearly is fundraising with him hosting numerous sportsman’s evening’s and arranging sponsorship opportunities, During this time has raised in excess of £200,000.

“He attends a mini football matches and three football matches every single week of the season capturing team pictures and action shots for use in the local press underpinned with supporting match reports.”

In 1995 Phil was on a shortlist of two to become the next chief executive of the Welsh Football Association, but at the eleventh hour had to withdraw his application due to serious ill-health of his father.

He is also the co-founder of the Bob Williams Memorial Fund, set up in memory of a friend who died refereeing a local football match in 1998.

A daily newspaper journalist has been honoured after her story about a toddler with bone marrow failure led to tens of thousands of potential donors signing up to help.

HTFP reported last October how almost 50,000 people signed up to donate bone marrow in the space of 48 hours after the Daily Record covered the story of three-year-old Ava Stark, who had two donors cancel on her.

The following month, after the Glasgow-based Record’s appeal, Ava was able to undergo the surgery she needed.

Record reporter Sarah Vesty covered the girl’s trials, and has now been named Journalist of the Year by blood cancer charity Anthony Nolan. 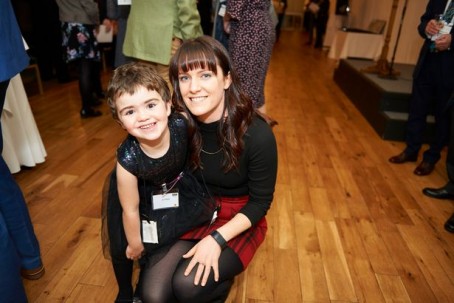 Ava herself was awarded the John Petchey Young Hero of the Year at a ceremony held at the Houses of Parliament last Tuesday.

Ava’s mum Marie, 34, said: “We cannot thank the charity, their supporters and the Daily Record readers enough for their help in finding Ava her donor.

“Now we are able to look forward to the future and watching Ava grow up.”

Sarah added: “Working with little Ava and Anthony Nolan over the last year has been a true privilege and knowing that we’ve made a difference to people’s lives is my proudest ever achievement.”

An investigative journalism award won by a regional reporter last year is now accepting entries for this year’s prize.

Submissions are being welcomed for the Paul Foot Award, which was won last year by Archant investigations unit journalist Emma Youle.

Emma won the award, launched in 2004 in memory of journalist Paul Foot, for highlighting the hidden homelessness problem in the London Borough of Hackney in a Hackney Gazette campaign.

The award, which comes with a £5,000 prize, in run by satirical magazine Private Eye whose editor Ian Hislop is pictured with Emma below. 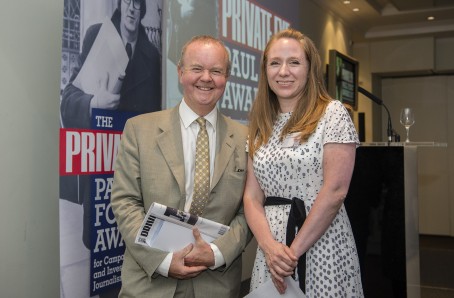 Chair of judges Padraig Reidy said: “The Private Eye Paul Foot Award is a wonderful reminder of the good journalism does. After a record number of entries in 2017, I’m looking forward to reading even more of the stories that have exposed injustice, avarice and hypocrisy over the past year.”

Information on how to enter can be found here, and the deadline for submissions is 1pm on 3 April.

An island journalist described as a “credit” to his newspaper scored an awards double at an annual ceremony.

Craig Taylor was named Journalist of the Year and Reporter of the Year at the 30th Highlands and Islands Media Awards, winning £200 for himself and £300 for a charity of his choice in the process.

Craig, who works for The Orcadian, was also shortlisted in the Sports Reporter of the Year category.

Judges chairman Gordon Fyfe said: “Craig demonstrated a consistently high standard of work in researching and delivering strong readable human interest stories. He is a committed, hard-working and accurate journalist who is a credit to the Orcadian and its readership.” 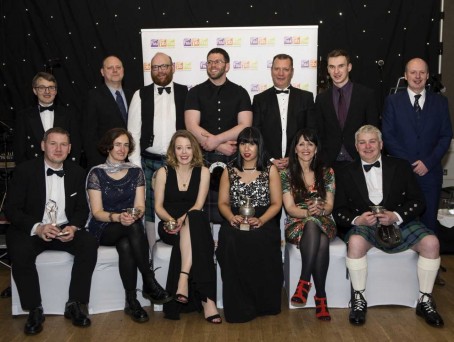 The Inverness Courier was named Newspaper of the Year and one of its reporters, Nicole Webber, was crowned Young Journalist of the Year, collecting the Alex Main Trophy.

Other winners included Katie Laing or Hebrides Writer for story of the year, West Word, Mallaig for Community Newspaper of the Year and a lifetime achievement award for Mike Collins, former editor of the Northern Scot. 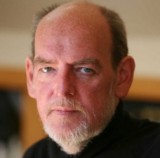 The first winners of an award launched in memory of a man dubbed “Scotland’s finest journalist” have been announced.

The Ian Bell ‘New Writing’ competition, which rewards unpublished pieces by writers under 30, was set up last year.

Ian, left, who died in December 2015 aged 59, worked for all of Scotland’s major titles during the course of his career along with several national newspapers.

The award was founded in his memory by his family and the Edinburgh branch of the National Union of Journalists, of which Ian was a member.

First prize of £500 went to A.K. Thaysen, a project manager for domestic abuse survivor charity Uncovered Voices, for her piece ‘In Defence of the Hitchhiking Woman’.

Of her win, AK said: “I am delighted to accept this award in the name of one of Scotland’s most beloved journalists. Ian Bell was an uncompromising writer. His taut elegance and his unwavering sense of morality endeared him to his readers and set a high standard for those of us following in his footsteps.”

The winners received their prizes at the ‘Aye Write’ book festival, in Glasgow, on Saturday.