Journalist who marked NCTJ papers into his eighties dies aged 98

A former chief sub-editor who worked for the National Council for the Training of Journalists into old age has died aged 98.

Harry Walton had a long career in the regional press, working for titles including the Swindon Advertiser and Wolverhampton daily the Express & Star.

Prior to his retirement in the mid-1980s, he held roles including chief production editor at the Advertiser.

Harry carried on his work as an exam marker for the NCTJ after retirement, finally stopping at the age of 84. 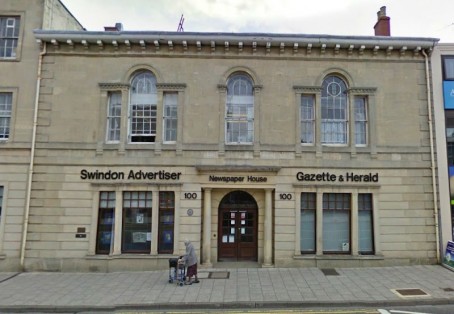 Harry worked for the Swindon Advertiser, among other titles

Harry started his career when he joined the County Express in Stourbridge as a junior reporter in 1936, going on to become a reporter and editor with the Oldbury Weekly News five years later.

He then joined the Surrey Times, in Guildford, as a reporter, and spent time as a district reporter in Wellingborough for the Northampton Chronicle & Echo, before becoming a sub-editor.

In 1945 he moved to the Express & Star and was made deputy chief sub two years later, also acting as chief sub until 1960 when he moved down to Devon to take on the same role at the Exeter Express and Echo.

It was from there that he joined the staff of the Advertiser.

He died on 6 November at a care home in Weymouth, where his grandson Neil is a senior sports reporter with the Dorset Echo.

Following a cremation his ashes were taken to Pershore, Worcestershire, where they were interred in his wife Mary’s grave.