A journalist who went from junior reporter to editor at the same weekly newspaper has died just a few days short of his 90th birthday.

Tributes have been paid to Kenneth Burge, pictured, who edited the Somerset County Gazette between 1974 and 1987.

Kenneth, who joined the paper as a junior reporter during the Second World War, also served as a director of South West Counties’ Newspapers during his career.

Ken Bird, who joined the Taunton-based paper as a trainee reporter and went on to become one of his successors as editor-in-chief of the Gazette series, has been among those paying tribute. 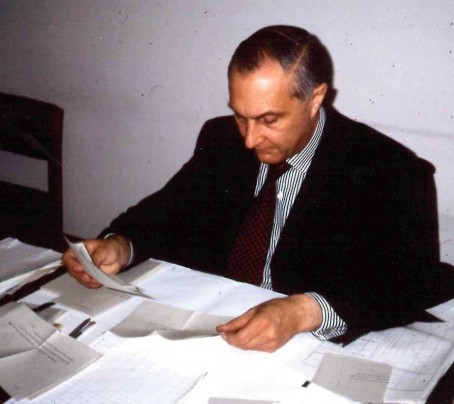 He said: “Ken was an outstanding editor, who cared passionately about his newspapers. He always set a fine example to his staff – both in the way he approached the job and the way he conducted himself.

“I was one of many journalists who benefited from working under his leadership and I am truly proud to have been part of his team.”

Author and BBC Radio 4 presenter Michael Ford has described Kenneth as “a man of immense sensitivity, integrity and loyalty.”

He said: “Ken was incredibly conscientious, always keen to point out the subtleties of the English language. He had fervent opinions about the correct use of grammar and, in particular, standards of BBC pronunciation.

“Even many years after leaving the paper, I was still conscious that Ken might be tuning into a programme of mine with his acute ear for the spoken word – and he often was.

“He was a tremendous support to me, as he was to many others. We remained very close friends, spending hours together at his home discussing journalism, politics, music and literature about which he was highly informed. He was one of the finest.”

Kenneth also sat as an Independent on Taunton Rural District Council for 22 years, and was council chairman from 1971 to 1974.  He was also chairman of Trull Parish Council, near Taunton, for many years.

A Life Fellow of the Royal Society of Arts, he was general secretary of the Taunton and Somerset Music and Drama Festival, a founder member of the Ralph Vaughan Williams Society and an ardent supporter of the Three Choirs Festival Society.

Kenneth was awarded the MBE in 1988. He leaves a widow, Phyllis, who was a sub-editor on the Gazette, and two sisters, Melba and Audrey.

The funeral arrangements have yet to be announced.