A veteran journalist who covered the longest siege in British police history has recalled the stand-off 50 years on.

Frank Fuller, pictured, spent 17 days covering the drama for the Shropshire Star after farmer John James took a woman hostage with a shotgun.

Half a century on, Frank has recalled the siege, which saw him and a team of fellow Star reporters work in shifts around the clock from outside the house, in the village of Weston-under-Redcastle, where the hostage was being held.

The Star’s then-editor Ted Ireland even arranged for them to stay in a mobile home nearby for the duration of the stand-off. 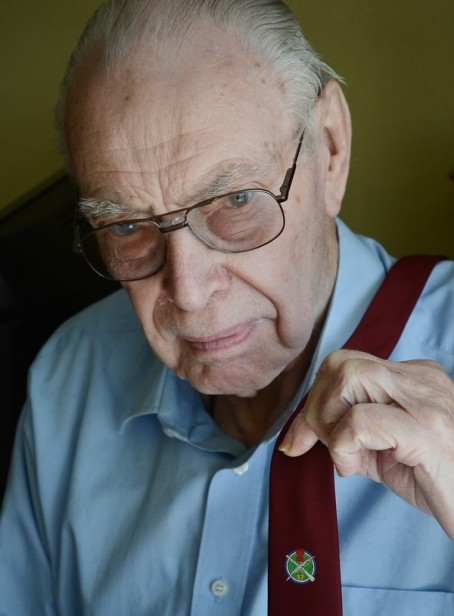 Frank, now 88, told his old newspaper: “It was the longest siege in British police history, and I think that still holds good today.

“People said the police handled it incorrectly and should have blasted their way in, but the arrest was effected without injuries to anybody. I think the police took a wise decision.”

Frank and his colleague John Dromagol had initially gone to the scene after hearing reports of police activity in the area and found a detective constable in plain clothes up a tree watching the farmhouse through binoculars.

After reporting back to the office, Frank found “dozens of police and newspaper people” at the scene when he returned later that day.

During the course of the siege, James fired several shots and injured a fireman.

Finally, on 4 October, his hostage grabbed his gun while he slept and threw it out of the window to end the stand-off, with James later being sent to Broadmoor Hospital for an indefinite period.

Afterwards, commemorative ties were made for journalists who had covered the siege – although Frank says he has never worn his.

He added: “I have never worked on a story, and I have worked on millions, for which a tie was created. I believe some of the police had them too.”