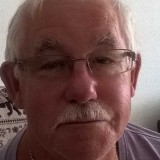 A journalist who returned to his hometown newspaper after working in London and went on to become its deputy editor has died aged 74.

Tributes have been paid to John Foster, who spent more than 40 years in journalism, largely with the Rotherham Advertiser.

John’s career had begun in Rotherham, his hometown, and after returning from London, where he worked on the Evening Standard, he eventually became the Advertiser’s deputy editor.

John, who retired in 2002, died on Sunday at Bassetlaw Hospital, in Worksop, after a short illness.

His widow Christine told the Advertiser: “I used to say that I came third after his job and Rotherham United. He followed them for going on for 70 years and writing about them was his ideal job.”

John counted Jeremy Clarkson, who trained at the paper, among his colleagues, and Mrs Foster said he had described the television presenter as “a bit wild but a decent lad”.

He also worked as a freelance football reporter for more than 40 years, covering his beloved Rotherham United for national newspapers and sports agencies.

For many years he also wrote a “forthright” column called ‘Foster on Friday’ for the Advertiser.

He continued his passion for spreading the news into retirement, editing the Ranskill Star community newsletter in Ranskill, Nottinghamshire, where he lived.

Mrs Foster said: “We met in 1985 and were married in 1988. I met in a crowd of friends and loved him even before I spoke to him. He was a very forthright character and had a real passion for his job — he was really proud of it.

“But he was also able to switch off from it fairly easily. We travelled quite a bit and he liked to read and walk the dog.

“After he retired, he did some work for the police and some voluntary work. He also edited the village newsletter — I think he put as much into that as he did into the Advertiser.”

John’ funeral will be held at St Barnabas’ Church, on North Road, Ranskill, at 2.15pm on Friday 13 July followed by a wake at the West Retford Hotel

Family flowers only are requested but donations can be made to Ward A4 at Bassetlaw Hospital.