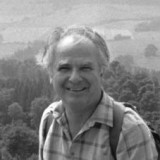 A former daily journalist who went on to be a Catholic newspaper’s youngest ever editor has died aged 85.

Tributes have been paid to Rennie McOwan, who started his career on the Stirling Journal before moving to The Scotsman, where he became its Scottish desk editor at the age of 23.

Despite being raised in a Presbyterian family, Rennie went on to take on the editorship of the Scottish Catholic Observer in 1962 while aged just 29.

He had converted to Catholicism in 1958, having gained an interest in the denomination when he met several Catholics during his National Service in the RAF in the early 1950s, while a friend had introduced him to his wife-to-be Agnes, who was also a Catholic.

Under Rennie, the Observer’s circulation grew – which he put down to its new sports section – before he left the Observer for a four-year spell in Liverpool editing Catholic newspaper The Universe.

In 1968, Rennie beat more than 300 other applicants to become the first communications director for the Catholic Church in Scotland – a role he later left over his disagreement with the Vatican’s stance on birth control.

Rennie, pictured, later freelanced for a number of Catholic newspapers, commenting on issues such as the ordination of women priests, which he supported.

Archbishop Leo Cushley of the Roman Catholic St Andrews & Edinburgh Archdiocese, told the Observer: “Many people knew and admired Rennie as a distinguished writer, broadcaster and outdoorsman but he was also a great trailblazer in attempting to use modern communications at the service of the Church, both as editor of the Scottish Catholic Observer and as the first communications director for the Catholic Church in Scotland.

“I would very much like to assure Rennie’s family of my prayers for the repose of his soul and that they may find divine consolation during these days of mourning. May he rest in peace.”

Rennie, who died on 2 October, is survived by Agnes, as well as one daughter, three sons and five grandchildren.