A woman’s claim a news website had effectively found her dead mother ‘guilty’ of abandoning a baby has been thrown out by the press watchdog.

Wendy Jones went to the Independent Pres Standards Organisation over a story run by Wales Online about a man named Robert Weston, who said he was abandoned in a cinema as a baby more than 60 years ago but had now met members of his mother’s family after a 46-year search for his birth parents.

In her complaint to IPSO, Ms Jones denied ever meeting Mr Weston and claimed Wales Online’s story had reflected a trend of media coverage to be condemnatory of mothers, but not fathers. 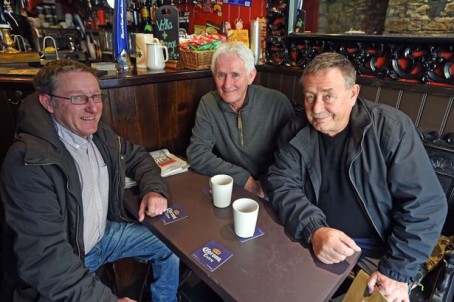 But, after investigating the matter, IPSO found no wrongdoing on the part of the site.

In her complaint under Clause 1 (Accuracy), Clause 2 (Privacy) and Clause 12 (Discrimination) of the Editors’ Code of Practice, Ms Jones said she considered the article had been damaging to her and mother’s reputations, adding there was no DNA evidence to prove a connection between her mother and Mr Weston.

She added Mr Weston had confirmed to her after publication that that he had not obtained DNA from her or Mr Jones, and claimed the article therefore had effectively found her mother ‘guilty’ of abandoning the baby when she had not, and when she could not defend herself against this accusation.

Ms Jones also considered a quote attributed to the man about seeing “the house where [Mr Aston] was brought up” intrusive because it was her house.

Wales Online accepted it had been inaccurate to state Ms Jones had met Mr Weston, an error which it said had arisen from a misreading of a similar piece in a different publication, and offered to make an amendment to the article on this point.

Denying a breach of Code, the Cardiff-based site said a DNA researcher had linked Mr Weston and Mr Aston to their father’s side of the family, while a separate investigation had revealed a DNA link between Mr Weston and Mr Jones.

IPSO acknowledged that Ms Jones had found the article deeply distressing and was upset by its portrayal of her mother, but found that in circumstances where Ms Jones’s immediate family appeared to have accepted the relationship outlined in the article, and the man’s account of his mother’s actions, there was no obligation on the publication to seek further verification of this.

It further found the article did not reveal anything of a private nature about her or the home, and that Wales Online did not make any pejorative or prejudicial reference to Ms Jones’s mother on the basis of her being a woman.