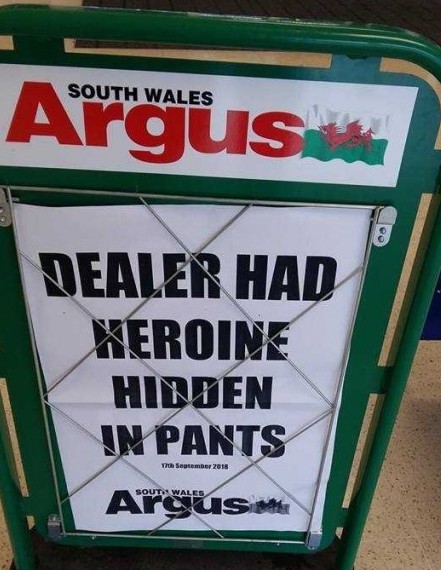 Batman had the Batcave, but we’re not so sure about an unnamed heroine’s new hideout which was reported on by the South Wales Argus.

The above billboard from 17 September was spotted by an intriguingly named Facebook group called the Redundant Proofreaders Society, which nominated the Argus as its Publication of the Week for its ‘heroic’ headline.