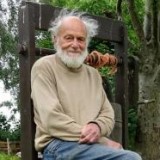 A former regional daily journalist who first came to Britain when his family fled Adolf Hitler in the 1930s has died aged 88.

Tributes have been paid to Walter Schwarz, left, who worked for the Oxford Mail and later went on to a long career with The Guardian.

Walter worked on the Oxford Mail, where he was sent to cover football matches, after gaining a history degree at Oxford University and compelting National Service in Malaysia with the Manchester Regiment.

He later moved to the Evening Standard’s gossip column and then spent 31 years on the Guardian, where he was the paper’s correspondent successively in Nigeria, Israel, India, France and Germany before writing for it on religion.

An obituary in the Mail described him as “one of the first British journalists to take environmentalism seriously”.

Born in Vienna, Walter moved with his family to London at the age of seven after his father Theodore observing the rise of Adolf Hitler “with alarm”.

They later settled in Manchester, where Walter attended Manchester Grammar School and wrote in an essay aged 13 that he wanted “a life of travel, excitement, freedom: in short a journalist”.

He spent more than 40 years in journalism prior to retiring in 1995.

Walter, who died on 25 August, is survived by wife Dorothy and four of the couple’s six children, daughters Habie and Tanya, and sons Ben and Zac.