A former managing editor of BBC News Online is set to become a university’s new director of journalism.

The University of Essex has appointed Tim Fenton to the role, which he will officially begin in September.

The university, which is based in Colchester, launched its first journalism course, BA multimedia journalism, in 2015 under the guidance of founding professor Jonathan Baker.

The first students will graduate this year and the subject has grown significantly, with the 2018 intake expected to be more than four times the size of that initial group. 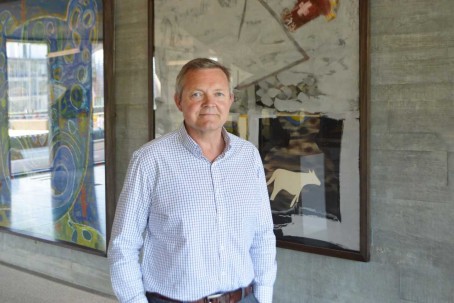 Tim, who has previously taught journalism at New York University, said: “I want to develop students who can tell important, honest stories about the world in a compelling way.

“Jonathan has laid some fabulous foundations. The course is still developing but going in absolutely the right direction. Journalism has been through a very big change with the impact of digital technology.

“Jonathan and I witnessed that close-hand and that has helped us create a course fit for journalism as it is now.”

Dr Elizabeth Kuti, head of the department of literature, film and theatre studies at the university, said: “We’re thrilled that Tim is moving into this position, and will be at the helm taking journalism at Essex into the next stage of its development.

“Tim’s got such a wealth of professional experience as a practising journalist himself, but he is also a really great communicator with students, and someone with a passion for education.

“He is really interested in journalism not only as a great career path, but also as a University discipline – a way of learning and thinking about the world, and how we interpret it. It’s a very exciting development.”