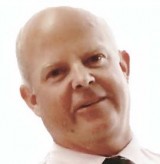 A journalist known for his “ready smile and dry wit” who worked on newspapers in three different countries has died aged 74.

Tributes have been paid to David Humphreys, formerly of the Falmouth Packet, who was found dead at his home in Penryn, Cornwall, where he had lived since the 1970s.

Kenya-born David, pictured, worked on newspapers in New Zealand and Australia before settling in Cornwall, where he was a reporter and sub-editor for Packet Newspapers until his retirement.

According to the Packet, David’s body was not discovered until last month – two months after it is believed he died.

Former Packet editor John Marquis said: “David was a real Packet stalwart whose ready smile and dry wit brightened many a working day. He was very proud to be a MENSA member and was knowledgeable in a wide range of subjects.”

The Packet’s obituary said: “He liked to tie his own flies and collected a number of rare fishing books, which he used for reference purposes.

“He was very keen on mining and knew a lot about the industry, not only in Cornwall but worldwide, and read the financial press with interest.”

David was born and raised in Kenya, but left Africa after leaving school to work for the fisheries department in New Zealand.

He then took to journalism, and became a reporter for several local papers. David left New Zealand in 1968 and worked in Perth, Australia, before moving to Cornwall.

A cremation was held at Penmount Crematorium, near Truro, on 18 July.