Lauren Holden, who spent five years working for Johnston Press, began offering bespoke, framed articles and front pages for occasions such as weddings and birthdays in 2015.

Now she is officially launching her business, called The Occasional Reporter, after receiving orders from as far afield as Australia and the USA.

Lauren, pictured, worked as a features writer and music columnist for JP titles the Lancaster Guardian and Morecambe Visitor between 2005 and 2010, and now runs her own Huddersfield-based copywriting company. 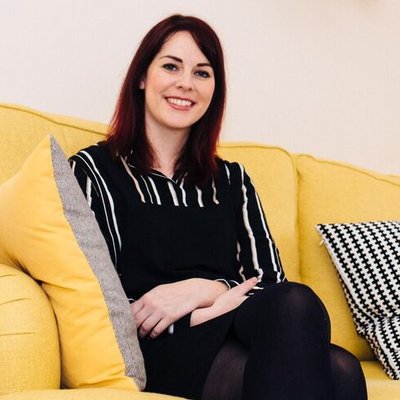 She told Business Quarter: “I have spent the last 13 years writing as a journalist and copywriter and creative writing is a true passion of mine.

“I initially began creating the newspaper front pages for fun; friends and family ordered and loved them, and word of mouth soon spread which has led me to create an e-commerce website and turn it into a business.”

Lauren’s work on The Occasional Reporter has led to he being invited to cover weddings live for couples wanting a keepsake.

One of her customers, Andrew Landgraf, ordered an article for his wife for their first wedding anniversary.

Mr Landgraf, from Texas, said: “I emailed a quick description of what I was looking for and she sent me a questionnaire to fill out. The questionnaire didn’t take long, and I sent a couple of pictures to include.

“She did a great job and my wife loved her gift. The paper was amusing and was able to capture everything I wanted it to.”