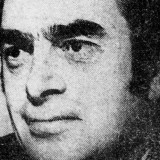 An editor who was at the helm of a regional daily for 21 years in what his successor termed its “heyday” has died aged 89.

Tributes have been paid to Tony Lloyd, who edited the Wrexham Leader from the early 1960s to the late 1970s.

Tony took on the Leader’s editorship aged 34, having worked his way up from a reporter on the newspaper.

He died suddenly last weekend having gone blind in recent years as a result of macular degeneration.

Reg Herbert, who succeeded Tony as Leader editor, said: “Tony was an excellent editor in the traditional style and ran the Leader in its heyday.

“He was very knowledgeable, with a great sense of humour and had an interest in the wider Wrexham area.”

Tony joined The Leader after undertaking National Service with the Royal Air Force and remained there for more than three decades.

After stepping down from the editor role, he moved on to become the editor of local magazine Country Quest, before leaving journalism for a position on the All Wales Health Management Efficiency Group.

Tony’s son Graham told the Leader: “He was very proud of his journalistic career and was happy to serve as editor. He even edited my homework, as he was keen to ensure we said the right thing.”

In his later years Tony was registered blind, playing bowls at a bowling club for visually impaired people.

A local history enthusiast, he had also been a founding member of the Wrexham Area Civic society in 1974.

Tony outlived his wife Pamela, and is survived by sons Hugh, Graham and Robert, as well as granddaughter Caitlin.