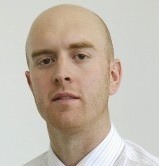 A regional daily editor has strongly defended a column on homelessness which led to accusations that his newspaper was encouraging “discrimination.”

The piece led to a petition since signed by 600 people which has accused the EDP of encouraging “discrimination” and demanded advertisements are pulled from pages featuring opinion pieces.

However editor David Powles has stood by the piece, saying the view that handouts are not always the best way to help the homeless is one shared by many, including Big Issue founder John Bird.

In Steve’s column, he wrote that he did not give money to street beggars in Norwich, adding he would rather donate to a charity “that will use it wisely than give it to a human being with human frailties, who may use it to hasten their decline”.

In recent months, the Archant-owned EDP has covered the issue of homelessness by shadowing homeless people for stories, while David raised £1,400 for Norwich charity The Benjamin Foundation by participating in a rough sleep event.

The petition, launched by reader Tom Davies, accuses the EDP of  “publishing views that encourage discrimination and division of society (such as the ‘opinion piece’ that suggests that soup kitchens are detrimental to the issue of homelessness.”

“Not only are they directly and irresponsibly endorsing these views by publishing and giving such opinions a much louder voice….but they also directly profit from these articles, by pushing social media traffic onto their website, where they profit from ad revenue,” it states.

“To publish such an article after a week that has seen multiple homeless people perish in our county from exposure, I feel that the Archant editorial team should be ashamed of themselves at the lack of compassion in the very fact that they decided this was the apt thing to publish.

“I’d like to propose that any ‘opinion pieces’ should be published on a page containing no advertisements so that nobody profits from such views.”

David told HTFP: “The growing issue of homelessness in Norwich and Norfolk is one we have covered extensively over the past 12 months, giving a platform to the views of the homeless themselves and the organisations and charities tasked with helping them. In the past fortnight alone we have run 14 stories on the subject.

“Steve Downes’ column is part of a citywide, countywide and countrywide debate on this emotive issue. The view that handouts are not necessarily the best way to help the homeless is shared by many, among them Big Issue founder John Bird.

“Since publication of the piece we have presented the counter-argument from two of the city’s soup kitchens and published and will be publishing several letters on the subject, both agreeing and disagreeing with Steve.

“The debate will continue – it has to because it’s such a vital one for the city and county – and a free press has the right and the obligation to present sides of it which may be unpalatable to some. The basis for this petition is utter nonsense and we challenge the person who has set it up to provide evidence for the factual errors he refers to.”