Dyson at Large: The great newspaper walls of China

Why not post each day’s edition up on noticeboards in the main local parks?

That’s what at least one of the major regional dailies in China is doing, as seen here in pictures I took in the People’s Park in Chengdu, capital of the Sichuan province, earlier this month.

I stood and watched as lines of people – mainly men, and largely aged 50-plus – spent time reading through every page of their local paper, the Chengdu Daily. 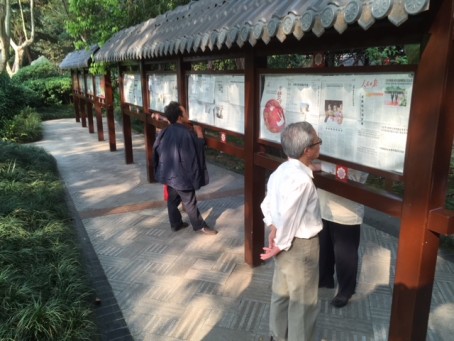 It was a sunny day, but note that the smart lines of noticeboards have handy covers to protect their readers should it start raining, with the pages themselves nicely waterproofed behind glass or perspex.

I realise that the existence of such walls in China could well be the result of the government’s official and selective sanctioning of media it’s happy for the public to read.

But that shouldn’t deter UK publishers from considering an option that could help the physical marketing of their independent content.

One hurdle might be that public parks are not treated as respectfully in UK cities, whereas in China they’re very clean and tidy, with behaviour strictly controlled by huge notices telling you what you can’t do, and vigilant police strolling around most corners.

But I can imagine erecting similar noticeboards in prominent UK city centre areas of high footfall where they might quickly get accepted as part of the furniture.

Place them outside railway stations, for instance, or on the street in busy shopping centres or business districts, or on university campuses in sight of reception areas, or outside the main newspaper office. 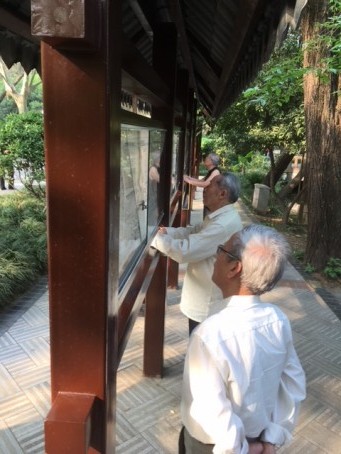 Wherever they’re based, such public exhibitions of a city’s latest news in print could provide several positive outcomes for publishers and their readers:

Who knows – with the UK government seemingly so keen to help sustain regional newspapers, it might even consider funding the costs of such walls for every daily newspaper.

Also impressive was the cover price of Chinese local papers. Over in Xi’an, my copy of the Evening News cost just 1RMB (about 11p), and look at the eight stories they managed to cram on page one of the 12-page, Berliner-sized main edition. 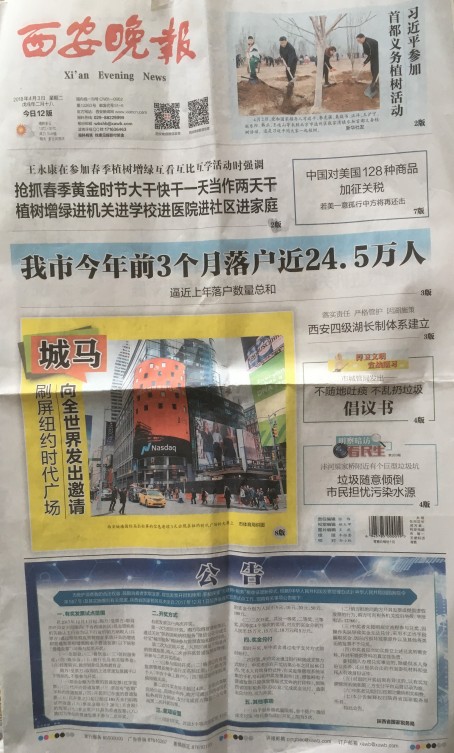 Yes, there’s an element of sycophancy in the reports – according to the quick translations made for me – but this is said to be slowly changing as readers increasingly demand more transparent coverage of local affairs.

For those interested, the stories you can see on the above Xi’an Evening News front page include:

Slanted reporting issues to one side, I didn’t think this was a bad mix of story subjects – although I did note a lack of focus on named, pictured real people.

Meanwhile, although official performance details of Chinese papers are not easily available, the city centre location and polished state of the Xi’an Evening News’ offices seemed to indicate they were as in as good a state as any other high street business.

My lasting impression, however, were those great newspaper walls of China in Chengdu … and I look forward to HoldtheFrontPage readers’ views on whether anything similar could work here in the UK. 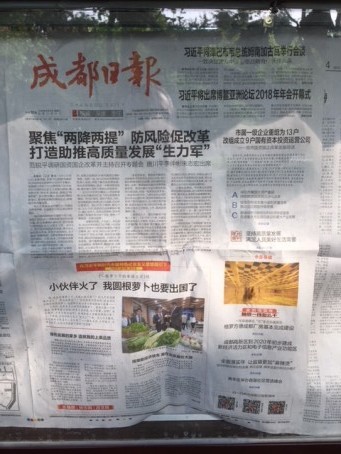