A regional daily has vowed to “keep shining the light” after it marked 15 years since the disappearance of a schoolgirl whose whereabouts remains a mystery to this day.

The Gazette, Blackpool, ran a montage front page and two-page special report yesterday looking back at the case of Charlene Downes, who was last seen on 1 November 2003.

Detectives still investigating the case believe Charlene, who was 14 at the time, was sexually exploited and murdered, although no-one has been convicted over her disappearance.

Two men were previously put on trial over the Charlene’s disappearance, with the jury hearing how it was suspected she had been “chopped up” and put “into kebabs”. 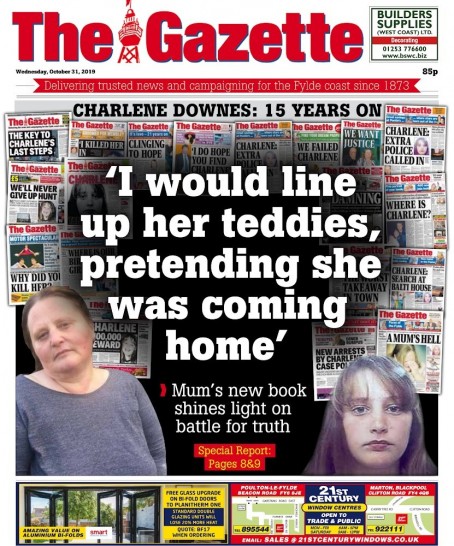 However, the trial collapsed and the men were eventually paid compensation for false imprisonment.

“It quickly became a huge investigation and as time goes by it seems, sadly, increasingly unlikely that Charlene’s family will find closure to what must have been a hellish period not knowing what ultimately happened to her.

“We scoured our archives for the front pages we have produced on Charlene’s disappearance and I think today’s montage front page idea, brought to life wonderfully by designer Dean Mellor in the JP hub, encompasses our coverage and the twists and turns endured by both the police and Charlene’s family.”

“It also shows how important local newspapers are in following long running cases – often we are the only ones who keep shining the light when the nationals have long since lost interest.

“It also shines a light on where the investigation by Lancashire Police is currently. We did request a full interview with the force but were disappointed to see that request rejected.” 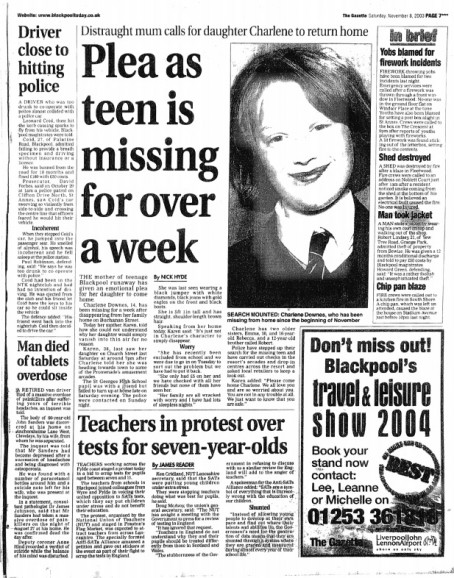 How The Gazette covered Charlene’s disappearance in November 2003