A regional daily has backed a new football manager by producing commemorative masks for supporters to wear at games.

Ipswich Town FC will kick off their new season tomorrow with a home match against Blackburn Rovers, with boss Paul Hurst taking charge of the Suffolk club for the first time.

To commemorate the occasion, the Ipswich Star has produced hundreds of masks depicting Hurst’s face for Town fans to wear.

The masks will be given out as part of a £1 goody bag which will also include a copy of the Star, packet of crisps, bottle of water and chocolate bar. 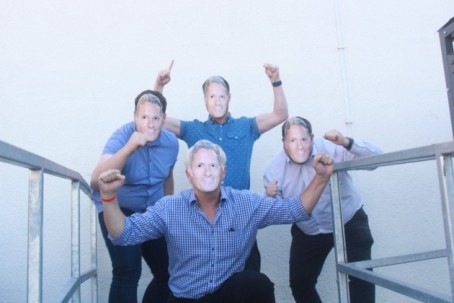 The Star’s office is just across the street from Town’s Portman Road ground.

Editor Brad Jones said: “There is great excitement at the start of the new season and we wanted to play our part in getting behind the new manager and cheering the Blues onto success.

“We hope fans wear the masks with pride and really get behind the team for the whole of this season.”

In 2013, Blackpool daily The Gazette joined forces with radio station Radio Wave to produce 10,000 masks in support of then-Blackpool FC manager Paul Ince, who was serving a five-match touchline ban at the time.