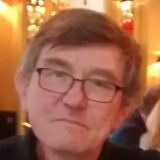 A former regional daily assistant editor who earned the nickname “Scoop” has died, three months after the cancer which forced his early retirement returned.

Bob Thomson, who was 64, left journalism full-time in 2015 but continued until recently to work shifts for newspapers including The Scotsman, Scotland on Sunday and Glasgow-based daily The Herald.

Bob, pictured, received his initial cancer diagnosis in 2011 but following chemotherapy and surgery he returned to work on reduced hours and his health gradually improved.

However the cancer returned in November 2017 and he passed away on 13 February.

Bob, pictured, had previously served as The Scotsman’s political production editor, and was assistant editor at its sister title the Edinburgh Evening News during the 1990s.

Earlier in his career he had been given the “Scoop” monicker while serving as city council reporter at the Evening News.

In an obituary for The Scotsman, Alistair Norman wrote: “Bob’s long career spanned the years of greatest change in the newspaper industry in Scotland, from the days of clacking typewriters in smoke-filled newsrooms to the bright, silent era of the modern open-plan office, but he earned and retained the respect of editors and ­colleagues alike as a safe pair of hands, ‘a good operator’. Most would admit they had good reason to be grateful for his knowledge and experience.

“His keen eye for detail and his insistence that everything was checked for accuracy saved many a reporter’s reputation. His stubbornness may have, on occasion, had chief subs pulling their hair out in frustration, but he was invariably proved right and he rarely missed a deadline.

“Bob was a sub of the old school, but he kept up to speed with the rapid changes in the industry. He was at the forefront of introducing new technology into the newsroom, formatting software to suit the styles of The Scotsman Publications titles and training new members of staff.

“When plans were drawn up for a new sister paper, Scotland on Sunday (SoS), Bob was called in to add his expertise before and after the launch. For years afterwards, he often worked six days a week, including a busy Saturday shift for the SoS sports department.”

Born in Glasgow, Bob’s father Iain worked as a buyer for the Daily Record and later the Daily Mirror, while his uncle Jimmy Thomson was a photographer for The Herald for more than 40 years.

At the age of 12, Bob’s family moved to Rochester, in Kent, and he began his career on the nearby Chatham News after leaving school at 16.

He moved to the North East Kent Gazette in Sittingbourne, where he once discovered a severed human head while reporting from an air show disaster in the early 1970s. According to Alistair, “the horror stayed with him throughout his career”.

Bob returned to Scotland to work for the Northern Scot in Elgin, close to where his mother Margaret had come from, and later switched to the Dunfermline Press before moving to the Evening News in 1978.

After moving from reporting to sub-editing, he later rose through the ranks to management roles before leaving to help launch Business AM in 2000, but returned two years later and stayed with The Scotsman until the cancer struck.

Bob is survived by wife Erica, who he married in 1985, sister Jill and brother Alistair.