A regional daily defied a holiday company’s bid to silence the newspaper from “naming and shaming” the firm in a story.

Lyons Holiday Parks attempted to get the North Wales Daily Post to bow to commercial pressure by requesting its name be omitted from a piece about companies failing to pay the minimum wage to staff.

After Daily Post business correspondent Owen Hughes emailed the company for a comment, the firm replied requesting its name was not published.

It cited “the amount of money we spend with you guys” as the reason for the request. 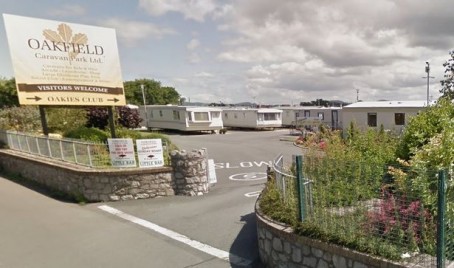 The Post published its story the following day and named Oakfield Caravan Park Ltd, which is run by Lyons, as part of a list of firms “named and shamed” by the UK government for underpaying workers.

Lyons’ attempt to keep its name out of the story was uncovered by BBC Wales when the firm accidentally forwarded an email meant for Owen to a BBC journalist.

In the email thread, Owen wrote:  “Just getting in touch from the Daily Post as we had been sent a list of employers that the government will name tomorrow for not paying the minimum wage. Oakfield Caravan Park Ltd is on that list, and I understand it is a site owned by Lyons. I wanted to see if the company wanted to respond to this.”

The company sent a one-line response which said: “I would kindly ask, based on the amount of money we spend with you guys, that Oakfield is not published on that list.”

Daily Post editor Andrew Campbell said: ‘Fortunately it is rare but not unkown for advertisers to try to apply pressure to suppress what they perceive as negative news stories.

‘Editorial independence and press freedom is fundamental to the way we operate and the answer to advertisers who may feel they’re owed a favour or may threaten to withdraw their spending is always the same.”

Martin Shipton, acting chairman of the National Union of Journalists in Wales, told BBC Wales: “With declining circulations and the need to raise advertising revenue it is perhaps inevitable that newspapers and news outlets in the private sector generally will come under this kind of commercial pressure.

“It is however extremely important that this kind of pressure is resisted and that those who seek to exact it are where possible exposed.”

Lyons Holiday Parks declined to comment when approached by the BBC.