A regional daily has underlined its commitment to covering county cricket on its patch with the launched a new weekly pull-out for the summer.

The Lancashire Telegraph’s eight-page supplement, called LT Cricket will appear each week throughout the 2018 summer season, and was brought out for the first time on Friday.

The supplement will preview the weekend action, round-up the latest results and pictures and feature exclusive interviews and columnists from the East Lancashire cricket scene.

The pull-out will feature the latest from the Lancashire League and the Ribblesdale League, as well as updates on Chorley Cricket Club’s efforts in the Northern League. 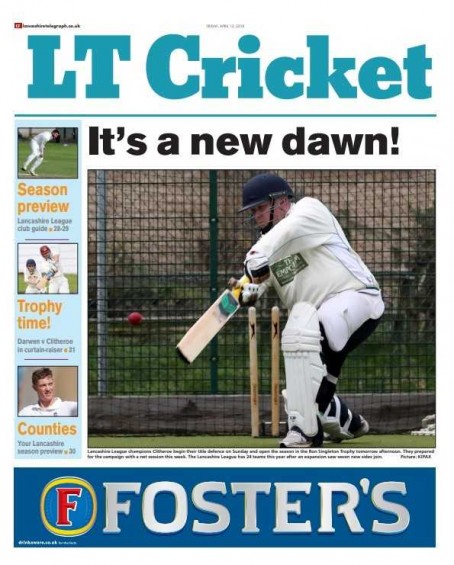 Telegraph sports editor Alex James said: “We have been a longstanding supporter of local cricket and the new LT Cricket feature serves to further underline our commitment to the sport.

“We have a wonderful cricketing heritage in East Lancashire and it is an exciting time for us to launch the pull-out.”

The Blackburn-based paper will continue to feature cricket stories online and in print as they happen across the week.

Telegraph editor Steve Thompson added: “When I joined the LT in July last year, it quickly became apparent the strength of feeling people have about cricket in these parts.

“There’s a great deal of excitement as we gear up for the new season and LT Cricket will reflect that.”