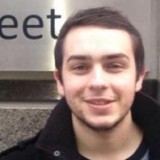 A regional daily reporter says he is “disappointed” after having to challenge an invalid court order preventing the naming of a dead child.

The defendant in the case is a mother accused of neglect after falling asleep on her couch and waking to find she had suffocated her baby.

An order preventing the child in question from being named had been made at a previous hearing at Liverpool Magistrates’ Court, at which the Echo had not been present.

Jonathan told HTFP: “It was disappointing but not surprising to find that magistrates had placed an unlawful reporting restriction on this case.

“I have seen repeated instances of magistrates imposing Section 45 orders on cases involving children without considering the individual facts in a tick-box fashion.

“It was not pleasant to have to challenge the order in such a sensitive case, but it is our jobs to make sure open justice is not being impeded and that the public know how such serious matters are dealt with in our courts.”

The sitting judge initially stated she would not lift the order unless she knew the reasons it had been placed by the magistrates, adding she would deal with the matter and the case’s next hearing, but Jonathan challenged this in a note to her stating that the order was unlawful regardless of the representations made to magistrates.

Asking for it to be lifted immediately, Jonathan pointed out that the provisions of the legislation only cover living children until their 18th birthdays, or in some cases for life, but he added the test is the welfare of the child and the law does not extend to deceased children.

The Crown Prosecution Service had not requested the order was placed, and both prosecution and defence counsel backed Jonathan’s bid to reverse the decision.

It is believed the order had been placed by magistrates at the request of the legal advisor.

The judge demanded that counsel check the provisions and stood the case down for several hours, with Jonathan pointing the prosecutor in the direction of the Judicial College guidelines.

He also highlighted a recent case, R vs Jennifer Crichton, which involved High Court judge Mr Justice Holgate saying “the protection of the identity of a deceased victim does not fall within the scope” of Section 45.