A man will marry his girlfriend after a rock star read a weekly newspaper’s story about her failed effort to score tickets to his band’s concert.

The Halifax Courier reported how 30-year-old Gavin Baron had promised 33-year-old Sam Sugden that he would wed her if she manged to secure passes to Kasabian’s gig in Halifax later this month.

Despite queuing in freezing conditions with two of their three young daughters, the tickets sold out when Sam was just a few people short of the line.

However, Kasabian bass guitarist Chris Edwards read of Sam’s plight online and contacted the Courier to offer guest list tickets for the couple. 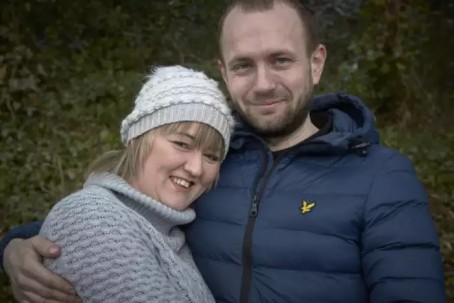 Mr Edwards told the Courier: “I watched the Courier video and saw how long the queues were. We were buzzing to see how many people are still so passionate about live music.

“I thought it sounded a bit harsh at first, but he’s got to go through with it now. When I saw how close she’d got I thought, ‘we can help her out here’. It seemed like the right thing to do.”

Ms Sugden added: “I couldn’t believe it. I was so disappointed and frozen solid when I got back on Friday. Gavin said, ‘well, you’ll have to wait.’

“I didn’t expect this at all – I thought that was that. It’s brilliant to hear that the band have done this and it shows that they really care about their fans at the end of the day.”

Mr Baron confirmed to the Courier he will now make good on his promise.

He said: “It was only meant to be a bit of a joke at first! But I’m going to propose, yes.   I want to do it properly though and spend a bit of time saving for a nice ring. She deserves it.”