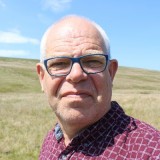 A council leader wrote to a weekly editor branding a journalist’s appointment as its local democracy reporter “unacceptable” and theatening to refuse to co-operate with him.

HTFP reported last week how Peter Lilley, pictured, had been sacked from his role at the Harrogate Advertiser after 32 days having been appointed under the BBC-funded local democracy reporter scheme.

Peter claimed he was forced out after Harrogate council lodged a formal complaint over his appointment, and last week submitted a Freedom of Information request demanding the authority publish its contents.

Now, in its response to the request, the council has revealed its leader Richard Cooper wrote to Advertiser editor Jean MacQuarrie on 4th June, the day Peter started working at the paper, telling her his appointment to the LDR role was “unacceptable.”

Cllr Cooper wrote: “Last week we spoke about the potential appointment of Peter Lilley as your Local Democracy Reporter.  I said that this was unacceptable to me and I have used the weekend to give some consideration to exactly what that means.

“I must start by stating the obvious – it is up to you who you employ and to do what job. It is up to those of us who interact with those people the manner in which we interact.

“With regards to Mr Lilley, I have contacted cabinet colleagues over the weekend and I have to inform you that none of us will respond to requests from Mr Lilley, in his role as your local democracy reporter, for information or comment.

“The truth is Mr Lilley has already taking action that has trashed relationships with politicians and also with groups across the district some of which will also refuse to cooperate with him.”

Cllr Cooper, a Conservative, went on to list examples of Twitter posts and emails which had been critical of him and others involved with the council.

He also said he had spoken to an unnamed “community leader” who alleged Peter had “views about women that cannot be tolerated” – a claim Peter has since described as “outrageous” and based on “unspecific, undated, unattributable comments”.

Cllr Cooper added: “Looking back over hundreds of pages of tweets Mr Lilley has comprehensively trashed a wide variety of relationships which he will now need. It is unsurprising I think that many of us will want to repay the compliment now that he needs us to do his job.

“I am looking at other options to safeguard the council’s position in response to this appointment of an overtly hostile individual. I intend to write to you in due course about those options.”

Peter has previously claimed he was told by Jean on the third day of his employment at the Johnston Press-owned Advertiser that his position had “probably become untenable” as a result of the complaint.

He told HTFP: “It is hard to imagine a more brazen attempt by a leader of a council to try and influence and undermine an external appointment. But I also think there are serious questions to be asked of Jean MacQuarrie of Johnston Press.

“The message it should have given to her is that I was the ideal candidate to be local democracy reporter as clearly Cllr Cooper couldn’t stand the idea of having the council’s affairs constantly scrutinized by a reporter with a track record in raising awkward questions and holding the council to account.”

In his response to the now-published letter, Peter added: “Cllr Cooper makes the very serious accusation that a ‘community leader’ claimed he or she ‘believed’ I have views about women ‘that cannot be tolerated’. This allegation is outrageous as it’s based on unspecific, undated, unattributable comments from an unnamed person.”

A spokesman for Harrogate Borough Council said: “We don’t comment on the recruitment decisions made by private companies. The reasons why Mr Lilley’s contract was terminated is a matter for the Harrogate Advertiser and no-one else”.

A Johnston Press spokesman said: “It is not appropriate for us to be talking about an individual reporter’s employment in our or any other company.

“Robustly holding the council to account is the core function of a local democracy reporter. We will continue to hold all local authorities to account in the same objective and impartial way we always have done.

“We are looking forward to appointing a new LDR for North Yorkshire who has all of the skills necessary to carry out the brief with the rigour and fairness our readers expect. We will not be commenting further on this matter.”

The full text of Cllr Cooper’s letter to Jean MacQuarrie can be read here.

Peter Lilley’s response to Cllr Cooper’s letter can be read in full here.