A cartoon sun formed part of a regional daily’s front page headline as the newspaper celebrated a heatwave on its patch.

The Sunderland Echo splashed on the hot weather yesterday after highs of 25 degrees celsius were recorded.

But, instead of a text-based pun on the name of the city it serves, the Echo opted to replace the ‘Sun’ in ‘Sunderland’ with the celestial character in its headline.

The Echo reported that the hot spell was set to continue and that Sunderland was “hotter than Tenerife”. 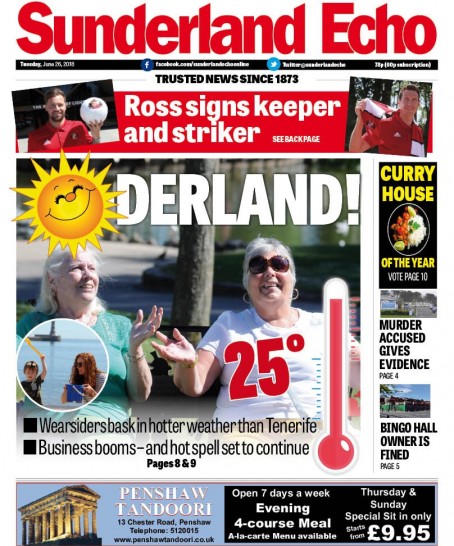 The Canary Islands theme was also replicated by its Johnston Press sister daily the Shields Gazette.

The Gazette also splashed on the heat, with a ‘Hotter than Tenerife’ headline adorning its front page.

On Monday, temperatures peaked at over 30 degrees in London, and such highs have also been forecast for parts of the UK later this week. 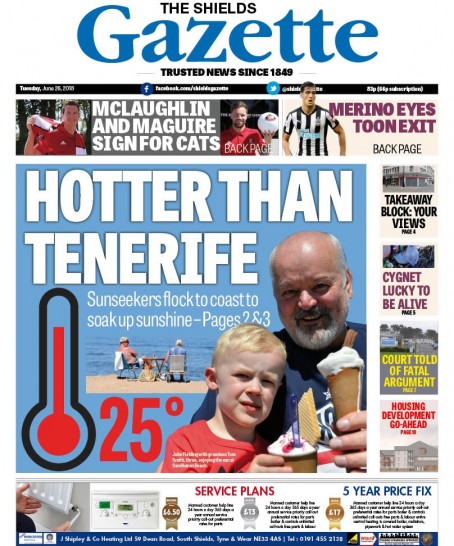