A regional daily business editor has been reunited with an autograph book lost more than 30 years ago after it was found in a second hand car more than 100 miles from his home.

Lancashire Telegraph journalist Jason Kayley says he is “absolutely flabbergasted” after the book, which contains signatures from famous sports stars of the 1980s, was returned to him.

Jason, 45, received a phone call out of the blue from Karen Eggleston, whose Suffolk-based daughter Stephanie found the book in the back seat pocket of a Nissan Qashqui she had bought from a dealer in Birmingham.

The pair then managed to track down Jason at the Telegraph’s Blackburn office after a visit to his old address in Oswaldtwistle, which they had found in the book, proved fruitless. 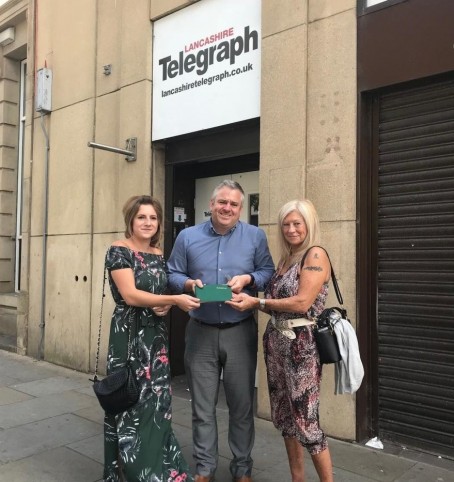 Karen, who lives in Wigan, told the Telegraph: “When Stephanie told me about the book I wanted to get to the bottom of who it belonged to.

“It was old and you could tell somebody had once loved it very much. We decided that when Stephanie came up to visit me, we would try and track down its owner. We got in the car and drove to the address in Oswaldtwistle, but soon found out the house is now a hairdressers.

“We were going to pop into the GP and pharmacy over the road to ask them if they had ever heard of the name in the book, but before we did that I decided to Google his name.

“It came up that Jason worked as journalist at the Lancashire Telegraph so I just rang the office to find out if he was still there – we couldn’t believe it when we were told he was.”

Stephanie and Karen then drove to the Telegraph office to meet up with Jason and reunite him with his book.

Said Jason: “I can’t remember the last time I saw it and I’m blown-away that my little book has ended up in the back-seat of a Nissan in Birmingham. I have no idea how or why it got there.

“Holding it in my hands I remember exactly where I was when I got some of these treasured signatures.

“There are darts players like Eric Bristow and Bobby George and [Blackburn] Rovers players from the mid-80s like Simon Garner, Ian Miller, Chris Thompson, Terry Gennoe.

“It brings back so many memories and I’m really grateful to Stephanie and Karen for taking the time and effort to get it back to me.”