A former weekly newspaper office is set to be converted back to its original use as a pub.

Plans have been submitted to transform the old Ashbourne News Telegraph office into a micropub called The Queen’s Vaults.

The Grade II-listed building at 6 Market Place, Ashbourne, previously housed a pub of the same name prior to the News Telegraph’s tenure there.

The newspaper vacated the office last year, with its long-serving reporter now working from his home in the town. 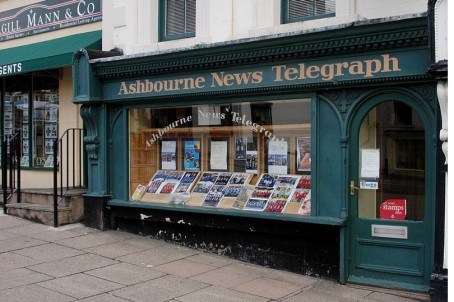 Plans to convert the building have been passed over for Derbyshire Dales District Council’s approval by Walter Scott.

Mr Scott already owns two micropubs in Derby called the Little Chester Ale House and the Last Post, with the former being one of the oldest micropubs in the country.

He told the Derby Telegraph: “I started the Little Chester Ale House six years ago, then I opened the Last Post and I’ve been looking for over a year for a new project. Then I saw this advert in the Derby Telegraph that 6 Market Place was up for lease and it just went from there.

“When we opened the Little Chester Ale House there were hardly any micropubs. I think we were either the eighth, or the 15th, we’ve never been able to pin it down.

“But they’re everywhere now. I know of a bus trip in Nottingham that passes 24. It’s very early days yet, but I would like it to be open before Christmas.”

The council is due to make a decision on the application before Friday 12 October.