A bi-weekly newspaper has started the New Year by splashing on a bid to improve its patch.

The Lynn News has publicly backed a new campaign called Love West Norfolk, which “aims to create pride and aspiration within the area”.

The News featured the campaign on its front page yesterday. 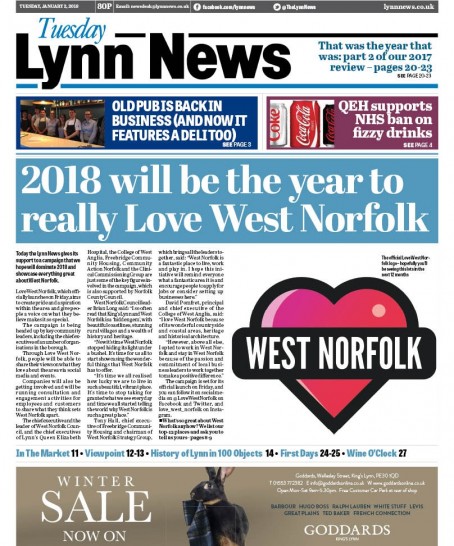 Editor Mark Leslie told HTFP: “When I heard that a Love West Norfolk campaign was being launched by the area’s strategy group, I thought it was a brilliant idea.

“The number of people I know personally who have come to King’s Lynn and its surrounds and been bowled over never fails to amaze me. But it is something of a best-kept secret so anything that helps publicise the area’s charms, is to be supported.

“We’ll try to do all we can to back the campaign all year and keep it in the forefront of people’s minds.

“I know Michelle Gant, its co-ordinator, has loads of good ideas and we’re already getting a warm response through social media.”