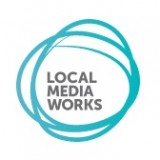 An annual event which celebrates the regional press is set to mark its 20th anniversary next month.

Local Newspaper Week, which will see daily and weekly titles come together to highlight the role played by local newspapers in their communities, will be held from 14 to 20 May.

Organised by Local Media Works, the marketing body for the regional news industry, it will feature the annual Making a Difference online public vote, which will allow readers to choose the best local newspaper campaign of the past year.

The winner will announced by News Media Association chairman David Dinsmore at the Society of Editors Regional Press Awards on 18 May.

Building on an initiative established last year, ‘Trusted News Day’ will also take place on 17 May, with local newspapers using various platforms to show their readers how trusted local news is produced.

Here Paul Sinker of the News Media Association explains in more detail what Local Newspaper Week is all about.

This year’s Local Newspaper Week, which will see daily and weekly local papers come together to celebrate the role played by local papers in communities across Britain, will be held from 14 to 20 May.

Celebrating its 20th anniversary this year LNW, which is organised by Local Media Works, will see daily and weekly newspapers unite to highlight their ability to makea difference through powerful editorial campaigning, and the high levels of trust placed in local news media journalism by the public.

LNW has always been a time for the industry to shout unashamedly about its strengths. Over the years, high profile figures from a wide variety of fields have backed LNW by explaining in written articles why local papers matter to them.

Prime Minister Theresa May, The Queen, Sir Patrick Stewart, Mark Carney, Dame Helen Mirren, Michael Sheen and Jonathan Edwards are just some of the people who value local papers and have used LNW to explain why they are so important in their area of expertise.

LNW has also been an opportunity to put the spotlight onto key issues facing the industry such as the threat of Section 40, and the challenge of ensuring that the content creators – the investors in local journalism – are fairly rewarded in the online environment.

Press regulation in particular is likely to come into sharp focus in the coming weeks with the Data Protection Bill set to go before the House of Commons. As this happens, it is essential that local newspapers continue to make clear their opposition to both the insidious Section 40 costs sanctions and the broad Leveson 2-style inquiry which would divert up time, resource and talent away from the sector’s mission of providing highly trusted news and information to the communities who demand it.

But, at its heart, LNW has always been a positive campaign and a chance for the industry to shout about its unique strengths.
Trust is often cited as a key asset of local papers. According to YouGov research commissioned by Local Media Works earlier this year, trust in local papers remains very strong, in stark contrast with social networks.

In recent years, the Making a Difference initiative has highlighted the ability of local newspapers to campaign for change in the communities they serve.  Held at the start of LNW, the online public vote has seen thousands of the people vote for their favourite local newspaper campaign, with the winner announced as part of the Regional Press Awards.

The initiative, which has caught the eye of policy makers and advertisers alike as well as celebrities such as Little Mix who have taken to social media to urge readers to vote for their local paper, has demonstrated the broad variety of issues on which local newspapers campaign and the results they can achieve.

And, launched for the first time last year when the campaign hashtag trended for more than six hours on Twitter, LNW also now features a #trustednewsday which this year will be held on 17 May. Local papers will use their various platforms to show their readers exactly how trusted local news is gathered, produced and distributed over the course of the day.

Local newspapers play a fundamental role in safeguarding democracy at a local level. Over the 20 years it has run, LNW has provided an opportunity for the industry to explain this to all its audiences and shout unashamedly about the key strengths that make local papers part of the fabric of our society.