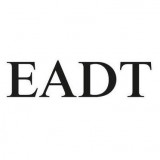 A regional daily has taken the top plaudits when it comes to increasing Facebook and Twitter followings, according to the latest ABC figures.

The Ipswich-based East Anglian Daily Times topped the charts for growth on social media, taking number one billing on both the Facebook and Twitter league tables.

The Facebook top three was completed by its Archant sister dailies the Ipswich Star and Norwich Evening News, which recorded 30pc and 25pc increases respectfully.

The Evening News was also runner-up when it came to Twitter growth, recording a 15pc increase, while the Midland News Association-owned Express & Star, Wolverhampton, came third after recording a 14pc increase.