Hundreds of revellers sign up to journalism coursemates’ nightlife app

More than 1,000 people have downloaded an app designed by two journalism coursemates which is aimed at helping revellers jump queues on nights out.

Craig Davies and Stephen Powell, who studied together at the University of Central Lancashire, came up with the idea after being turned away from a bar in Manchester city centre.

Their app, called Viper Nights, allows people to buy drinks or secure VIP entry into a bar in real-time from their mobile phone. 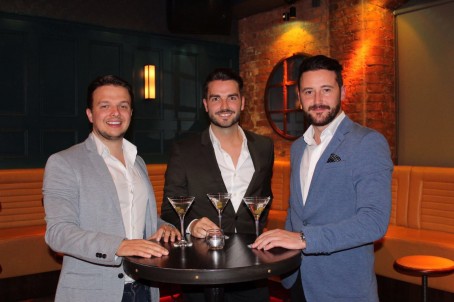 Said Stephen: “We’re really pleased to be growing and to be involved with Manchester’s biggest and best bars.

“The app is already helping bars promote their featured nights and makes sure all their customers have an unforgettable experience.

“The Manchester nightlife industry is incredibly competitive, and we feel our partner bars can tap into a fantastic source of footfall that is not only the right target audience but guaranteed business too.”

The pair, who now work in sales and marketing, teamed up with friend Craig Gidley to develop the app, and now hope to introduce it into other cities including Liverpool, Birmingham, Leeds, and Newcastle at the start of next year.