A former editor has written a book chronicling the history of the daily newspaper he left last year.

Ian Stewart’s Telling Scotland’s Story has been produced as part of The Scotsman’s 200th anniversary celebrations.

He was also responsible for the Edinburgh Evening News and Scotland on Sunday at the time of his departure from parent company Johnston Press. 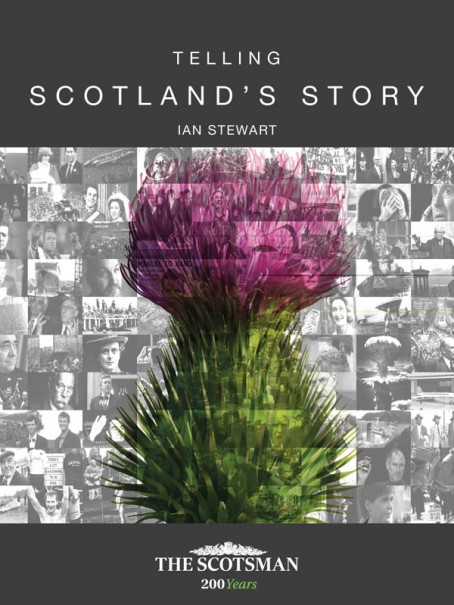 In a piece about the book, Ian wrote: “I think it is impossible to work for The Scotsman and not be aware that it is a newspaper with a long and prestigious history. That history is not taught in the newsroom – newspapers tend to be busy places and the formal passing of knowledge of our own past takes a low priority among journalists – but the hand of history is continually present.

“Having worked there for around 25 years, and getting to the position of editor, I thought I knew the history. It turns out I had only the scantest knowledge, and what I discovered in writing a book to mark the paper’s 200th anniversary, I found fascinating.

“Of course, the celebration of The Scotsman’s bicentenary has taken many forms which have reinforced the paper’s place in the fabric of Scottish life. There has been a television documentary and many supplements focusing on particular parts of the paper’s heritage – even Edinburgh’s famous floral clock has marked the occasion.

“As a part of all this I was asked to write Telling Scotland’s Story, which was to look back at how the paper had reported major events, going through the archive and reproducing the reports of the day.

“For me that process held two major surprises: just how much of the detail of the paper’s history I did not know, and how the values and principles of the paper have not changed since its inception and are still enshrined in the working practices of today.”

“Telling Scotland’s Story doesn’t just concentrate on the distant past, it comes right up to date with the paper’s coverage of the 2014 independence referendum and beyond. I only hope that others find these first drafts of history as enlightening and engaging as I have.”