Deputy editor leaves daily after 15 years to start own business

A regional daily deputy editor has left to start his own business – and landed a professional speedway team as one of his first clients.

Neil Meldrum has launched marketing business Curious Frog Media after 15 years with the Bournemouth Echo, the last two-and-a-half of which were spent as the newspaper’s second in command.

Neil, 37, is offering services including design, content, PR and social media strategy, with Poole Pirates speedway team among those to have signed up as a client.

He joined the Echo as a sub-editor in 2002, before serving for six years as sports editor, then becoming assistant editor and deputy editor, where he remained until last month. 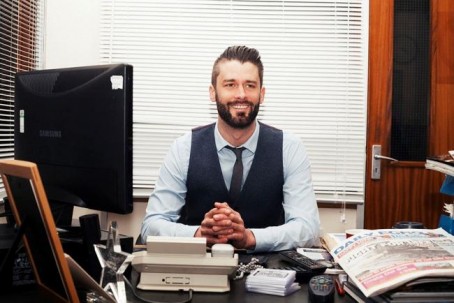 Of his new venture, Neil told his old newspaper: “A lot of the content and design comes from having a background in newspapers. I’m really lucky I’ve had that grounding. It’s very appealing, or so I’ve been told by businesses.

“It’s given me that wide range of skills that enables me to offer clients a lot of different things under one umbrella.”

He added: “Newspapers are very accurate products, by and large, so people get that get that pernickety striving for everything to be as perfect as it can be that newspapers drum into us over the years.”

Neil is also working on a book, AFC Bournemouth: The Fall and Rise, which tells the story of the football club’s journey from administration to promotion to the Premier League.