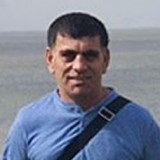 A regional daily has apologised after reporting that a murder victim had had his penis cut off before his family were aware of his injuries.

Despite claiming that the details of his injuries were given in open court, the Bristol Post said sorry to the family of Kamil Ahmad, left, after covering pre-trial proceedings against his killer Jeffrey Barry.

The Post’s story, which is still live on its website, included details of Mr Ahmad’s injuries, stating that police had found the man’s penis next to his body.

Paranoid schizophrenic Barry was later found guilty of the murder of Mr Ahmad, a Kurdish refugee.

The Post apologised following a complaint to the Independent Press Standards Organisation from non-profit organisation Stand Against Racism & Inequality, acting on behalf of Mr Ahmad’s family.

The organisation claimed the details of his injuries had not been mentioned in court, adding that the family had not been aware of them prior to the publication of the article.

It expressed particular concern that publication had not been handled sensitively and noted the distress it had caused Mr Ahmad’s family.

Denying a breach of Code, the Post said that the details had been referred to at a magistrate’s court hearing, and that this information was given to it by a reliable contact at the court.

The newspaper said that it had a right and duty to report on these details, as they were heard in open court and because it concerned matters of public interest.

However, after the complaint to IPSO under Clause 2 (Privacy) and Clause 4 (Intrusion into grief or shock) of the Editors’ Code of Practice, the Post offered to write a private letter of apology to the family.

The resolved the matter to the family’s satisfaction, and IPSO made no adjudication on whether there was a breach of Code.