A regional daily journalist has written a follow-up to a book chronicling the most legendary players of the football club he covers.

Now he has tracked down a further 23 of the club’s most well-loved players for ‘Played Up Pompey Too’, which features nine different recipients of The News/Sports Mail Player of the Season, 10 Pompey Hall of Fame inductees, one FA Cup winner and a host of other promotion winners at different levels of the Football League.

Neil has covered almost 600 Portsmouth matches for The News, watching them at 117 different grounds and working with 16 permanent managers. 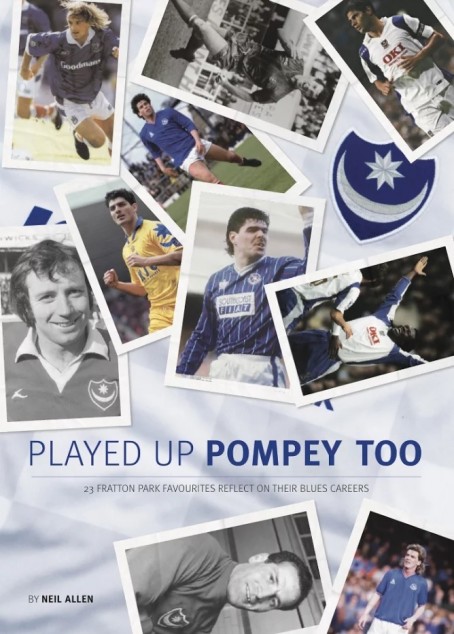 He told HTFP: “Within two months of publication of the first book, I set about interviewing other players for a prospective second and thankfully that also saw the light of day. In May, Pompey became only the fifth club in Football League history to win each of the four divisions, so there is a rich seam of footballers to select from.

“As I’ve discovered over the years, existence as a Pompey player may be fleeting, yet its grip is lifelong and many footballers continue to sport the badge upon their heart long after the legs have slowed. Often face-to-face meetings surpassed two hours, regularly phone calls stretched past 90 minutes, such was their immense commitment towards the book, with candid and often emotional recollections.

“For the book launch, held at Fratton Park, six of those interviewed attended, among them the likes of Steve Claridge and Paul Walsh, while former skipper Dejan Stefanovic travelled from Serbia to be present.

“Without all 23 players’ honest contribution, the book would not have been possible, and speaking to them was wonderfully refreshing in these days of sanitised player interaction from the top.”

Played Up Pompey Too is priced at £17.99 and available from Waterstones, WH Smith, local newsagents and Amazon.